Our parsha describes the worthy qualities of Eretz Yisrael (Devarim 8:7-10):

For Hashem, your G-d, is bringing you to a good Land: a land with streams of water, of springs and underground water coming forth in valley and mountains ... a Land of wheat, barley, grape, fig, and pomegranate; a Land of oil-olives and date-honey ... You will eat and you will be satisfied, and bless Hashem, your G-d, for the good Land that He gave you.

Chazal learn from here the law of birchat hamazon from the Torah. There are four blessings, in which we thank G-d for food, the Land of Israel, the future rebuilding of Yerushalayim, and the blessing of thanks, and we also mention the Exodus, matan Torah and brit milah. Furthermore, when three people eat together they are obligated in zimun.

In contrast to birchat hamazon, al hamichya is a short bracha that we bless when eating of the seven species in which Eretz Yisrael is blessed (including mezonot and wine): "a Land of wheat, barley, grape, fig, and pomegranate; a Land of oil-olives and date-honey." In it we mention the Land and Yerushalayim, but don't mention matan Torah and brit milah, and there is no law of zimun.

What is the reason for the halachic difference between them? The Shulchan Aruch (29:3) writes that "You will eat and you will be satisfied, and bless Hashem," relates to bread alone and not to other things. What is the idea inherent in this difference?

Rav J.B. Soloveitchik zt"l writes: There is a big difference between the creation of a fruit and the creation of bread. In creating fruit – man's input is minimal. The fruit is formed by itself naturally, it develops by itself and matures by itself. Man's role is just to pick and eat the fruit; G-d provides the person with the fruit full and ready.

In contrast to the fruit, bread does not grow on trees. Man needs to plant and reap, thresh, select, grint, sift, knead and bake, as Chazal say (Brachot 58a):

How many toils did Adam Harishon toil until he found bread to eat! He plowed, planted and reaped, piled, threshed, winnowed, selected and ground, sifted and baked, and then ate.

If so, man is a full partner with G-d in creating bread.

Man's role in preparing fuit, on the one hand, and his role in forming bread, on the other, are similar to two kinds of intervention by G-d in the world. One kind is help, and the other kind is salvation. In salvation man does not do anything; everything comes from G-d, as it says, "The salvation of Hashem in the blink of an eye. This is set aside for G-d alone. Not so help – man is active, and G-d helps him and succeeds his activity; G-d is man's partner in his activity.

The formation of a fruit is similar to salvation. Everything is done by G-d without man's input in its formation, unlike the creation of bread, which is like help. G-d helps man in growing wheat, but man done all the actions. Man needs G-d's help for it to succeed, but he creates everything; Hashem just provides assistance.

Based on this we understand the difference between the long birchat hamazon and the short al hamichya.

Birchat Hamazon is said for eating bread: "You will eat and you will be satisfied, and bless Hashem," because we thank Hashem for man's ability to be G-d's partner in the work of Creation. Man needs to thank for this help, more than for the formation of the fruit, which is entirely salvation and comes from G-d. There the bracha is shorter, because there is no partnership of man in creation.

This shows that the purpose of the creation is the partnership between man and G-d, and for this the thanks to G-d is greater. 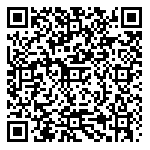