Remembering the Past - Gaining Strength for the Future

Remembering the Past - Gaining Strength for the Future

Remembering יציאת מצרים is clearly a major theme throughout the תורה. Our obligation to constantly be aware of those dramatic events is important for a great number of reasons. Aside for the element of our feelings of gratitude for God's love and concern for His people, the plagues and the subsequent exodus provided a clear philosophy lesson regarding the involvement of God in our world and His concern for the fate of mankind.

Rav Sa'adia Gaon suggests an additional aspect of the importance of our constant awareness of that time in history.Our prophets promise that the גלות will eventually come to an end. The  suffering and hardship  of the Jewish people will not continue indefinitely, we are told. Nevertheless, a glimpse at the current state of events in our world would seem to indicate that things aren't necessarily working out the way would have expected. Certainly there is so much blessing in the world and we have so much to be thankful for, but in some ways things don't seem to be headed in the right direction. As a result it's not unlikely that one could give up hope on the future of the world. Until - until we remember יציאת מצרים. Certainly in the dark period of גלות מצרים the Jewish people had good reason to assume that just as they were born as slaves, so they would die as slaves. Nonetheless, in light of God's promise to the אבות, He redeemed us and bestowed upon us all the gifts that we received during the process of יציאת מצרים, in the desert, and upon our entrance to the Promised Land. When we recall those events, we are reassured that also our current situation is not beyond repair. Just as God was there and fulfilled His promises in the passed, we can be sure He will do so in future regarding the salvation which we are waiting for.

One of the questions we are asked after מאה ועשרים is ציפית לישועה- Did we look forward to the fulfillment of the words of the נביאים. The reaching of Rav Sa'adia will perhaps make it easier for us to answer in the affirmative.
שבת שלום! 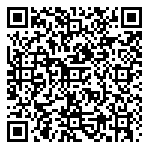