The True Meaning of Redemption

The True Meaning of Redemption

The Ramban writes in his introduction to Sefer Shemot: "The Book of Shemot is dedicated to the first exile ... and the redemption from it." This redemption had a number of stages, as spelled out in Parshat Va'era: "V'hotzeiti ... v'hitzalti ... v'gaalti ... v'lakachti..." (Shemot 6:6-7) Some maintain that we should count a fifth term of redemption (and a corresponding fifth cup at the Seder): v'heiveiti... "I will bring you to the Land." According to this opinion, why is v'heiveiti considered an additional stage of the redemption - seemingly the redemption was completed with the Exodus from Egypt from slavery to freedom?

We can learn from this how Chazal perceived redemption. In contrast to the thought that redemption mans the ability and possibility to do all that a person wants, Chazal maintained that redemption is achieving the necessary conditions to bring the inner essence to expression. Am Yisrael can achieve its destiny as the chosen nation primarily in Eretz Yisrael. Therefore, coming to the Land can be considered a stage of redemption. [However, for the era of the Exodus, the destiny of Israel was achieved with the building of the Tabernacle, which is the conclusion of the redemption of Sefer Shemot, as the Ramban writes in his introduction.]

Based on this understanding on the nature of redemption, we can find a connection between the two names of Sefer Shemot. The name "Shemot" - which is taken, at first glance, as a technical name based on the opening words - is actually a meaningful name that expresses the idea of the Sefer. The name of a person or an item, according to the Torah's perspective, is not only a label and identity tag, but rather expresses the essence of that person or object.

[Only through this do we understand the significance that the Torah grants to the fact that Adam called names to all the livings beings and to his wife. Thus we also understand Chazal's statement (quoted in the Ramban's introduction to the Torah), "The entire Torah is all Names of G-d."]

Redemption comes when a person understands what his name is, what his essence is, what his goal is. Therefore, the name Shemot is appropriate for the book of exile and redemption.

Some understand that there is total conflict between the Western perspective, which champions man's right to express himself, and the Jewish perspective, which determines that a person must subject his desires to fulfill the will of his Creator. There is, indeed, a lot of truth in this understanding, as we learn: "Subject your will to His will." (Avot 2:4) Nonetheless, we should remember that Judaism does not maintain that Torah and mitzvot come to change man from what he is truly. Just the opposite, the purpose of the mitzvot is to give man the possibility to actualize himself and to give expression to the "Image of G-d" that is in him. Similarly, the Rambam writes in his introduction to Perek Chelek (where he relates to the importance of fulfilling mitzvot for their sake and not only for the purpose of receiving reward or fear of punishment):

If one believes that there is wisdom that reached the prophets from G-d, and that He let them know that the virtues are such and such, and that lowly qualities are such and such - then he is required as a balanced person that he should draw close only to the virtues and distance form the lowliness. If he does this he will fulfill his human form and he will be different from the animals ... This is what it says, "Do not be like a horse, like a mule, uncomprehending, to restrain it with muzzle and bridle when it is adorned" (Tehillim 32:9), i.e., which restrain them from wildness. However, this is something external, like a muzzle and bridle. A person should not be so, but rather his restraint should be from he himself. I.e., his human form when it will be complete, this itself will prevent him from what will hold him back from completion.

The difference between the Torah's perspective and the Western perspective is only regarding what man is and what is primary: the person who is worthy of actualization of the Divine image and G-dly soul in him, or his superficial drives and desires.

Based on this we can understand Chazal's statement (Avot ch. 6), "The only free person is one who is involved in learning Torah." A number of explanations are given to this statement. R. Chaim Volozhin explains this Mishna based on another Mishna in Avot: "Whoever accepts upon himself the yoke of Torah - the yoke of the kingdom and way of life is removed from him." One who is involved in Talmud Torah will be free of the yoke of worldly concerns. Mesillat Yesharim explains that one who deals with Torah can control his desire, and therefore he is free of the demands of the yetzer hara. However, based on the above, the meaning is different. Only one who deals in Torah is able to actualize himself and to fulfill his destiny, which is the true freedom and redemption. 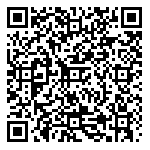