A person who sins does harm on two levels. First, he violates the commands of the Torah, and it is as if he rebels against G-d. Second, he spiritually damages his soul, as Chazal say: "Sin blocks up a person's heart," and he thereby distances from G-d.

Therefore, the rectification through Teshuva has to be on these two levels. First, to ask forgiveness from G-d for having violated His command, and afterwards to do actions to draw close to G-d.

Therefore, the month of Elul reflects "I am my Beloved's" – man asks forgiveness and pardon from G-d for having violated His will. Therefore, it is called the month of mercy and forgiveness, and we ask that G-d forgive us for having rebelled against His rule. Only afterwards comes the stage of repentance, which are the ten days of repentance, in which a person begins to repair the damage that he inflicted to his soul. This is "My Beloved is mine" – which is the stage of atonement, to cleanse the soul of the damage that was done to it. This is called "atonement" (kapara) – i.e., cleansing the soul from the taint of sin that distanced us from G-d.

We can bring proof to this idea from the portion of the golden calf, which caused the breaking of the Tablets. Moshe then went up to heaven to fall in prayer before G-d to atone for the sin of the golden calf during the forty days from Rosh Chodesh Elul until Yom Kippur – which are days of good will and opportune for mercy.

However, we find something very astonishing in that portion. G-d says to Moshe Rabbeinu: "And now, desist from Me. Let My anger flare up against them and I shall annihilate them; and I shall make you a great nation. Moshe pleaded before Hashem, his G-d, and said, 'Why Hashem should Your anger flare up against Your people' ... Hashem reconsidered regarding the evil that He declared He would do to His people." (Shemot 32:10-14) If so, G-d forgave them for the sin of the golden calf.

Yet, immediately afterwards, Moshe comes to the people and tells them: "You have committed a grievous sin! And now I shall ascend to Hashem – perhaps I can win atonement in the face of your sin." (32:30) But Hashem already forgave the sin, as it says, "G-d reconsidered," so why does Moshe say now: "Perhaps I can win atonement" – the sin was already atoned for!

We see that there is forgiveness and there is atonement, and they are two different things. "Forgiveness" is for the rebellion that Am Yisrael rebelled against G-d, about which it says, "G-d reconsidered." However, despite the forgiveness, the harm to the soul of Am Yisrael through the sin of the golden calf remained, and this needs to be erased – this is called "atonement." Therefore, Moshe Rabbeinu now goes up to repair the severe damage of the sin of the calf. Moshe tells the people: "Perhaps I can win atonement in the face of your sin" – I hope that I can erase the sin entirely, so that this will repair the soul of the nation. However, Moshe did not succeed to erase the sin entirely, as it says: "On the day of My reckoning, I will reckon" (32:34) – there is no punishment of Israel that does not contain of the sin of the golden calf.

Therefore, the moth of Elul is a month of mercy and forgiveness, whereas the ten days of repentance are day of Teshuva and atonement, which is cleansing the soul from sin. With this we can understand the Ramban that "There are four levels of atonement," since according to the degree of this sin, so, too, is the magnitude of the atonement. It depends whether the person violated a lav, or and aseh, or Chilul Hashem, which only death atones for. The greater the sin, the greater the damage to the soul, so that in order to rectify the sin there is need for greater atonement. However, forgiveness is the same for all.

This is "I am my Beloved's" – in the moth of Elul, which is the month of forgiveness. "My Beloved is mine" – these are the ten days of repentance, which are days of Teshuva and atonement. May Hashem help us, during these days to draw close to Him with complete worship, and we will approach the coming Yamim Noraim through forgiveness, pardon and atonement. 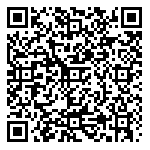