The concluding pasuk in this week's Haftorah adds an entirely new aspect to all that has been said in the prophecies of consolation until now. In the other prophecies the consolation is about the future; we are promised that the troubles of the past and the present will turn into a good and shining future. The pasuk, "In all their troubles He was troubled" (Yeshaya 63:9), introduces a prophecy of consolation not only for the future but also for the painful present itself. Even now, during the course of the exile and suffering, we can feel the love of G-d who shares in our suffering. The Gemara in Masechet Ta'anit 16b explains this way regarding the order of prayer practiced on fasts:

Why are ashes placed on the Teivah (prayer stand)? R. Yehuda b. Pazi says: As if to say, "I am with him in suffering." Reish Lakish says, [like the pasuk]: "In all their troubles he was troubled."

According to the commentaries, in our pasuk the ktiv (written form: "lo" = were not) and the kri (oral form: "lo" = He was) complement each other. Since G-d shares with Am Yisrael in their troubles (like the kri, "In all their troubles He was troubled"), therefore the punishment placed upon them is not overly harsh (like the ktiv, "All their troubles were not troubles"). Rashi writes, following the ktiv, "Were not troubles -- He did not bring upon them troubles to the degree of to their misdeeds as they deserved to be punished." The Malbim explains, following the kri, why G-d acts in this fashion, "He was troubled -- He was like a father to them, that the son's trouble troubles him as if it were his own trouble."

The Gemara in Sotah 31a also shows that one should not interpret the written form, "were not," that G-d does not care about their troubles and is not bothered by them, since the pasuk continues, "so an angel from before Him saved them." Rather, even the written form of our pasuk, "were not," hints to G-d's love of His nation. Even when He punishes them, He does it with love, like a father who suffers with the troubles of his children.

The Zohar similarly comments on the pasuk, "Despite all this, while they will be in the land of their enemies, I will not have been revolted by them nor will I have rejected them l'chalotam (lit., to obliterate them)" (Vayikra 26:44):

This is comparable to a person who loved a certain woman, who lived in a tanning market [which has a very foul odor]. Were she not there, he would never enter there. But since she was there, it seemed to him like a perfume market, where all the good fragrances of the world were found. So too here: "While they will be in the land of their enemies" -- which is the tanning market -- "I will not have been revolted by them nor will I have rejected them." Why? "L'chalotam" -- because my heart longs for them, since I love them.

This idea is repeated in many places:

G-d first appeared to Moshe from a bush and not from another tree, because of, "I am with him in suffering." (Rashi Shemot 3:2 quoting Midrash Tanchuma)

"Then Hashem, your G-d, will return your captivity." (Devarim 30:3) Our Sages learned from here that the Divine Presence, as if, dwells with Am Yisrael in their exile, and when they are redeemed, He formulated it as a redemption also for Himself, that He will return with them. (Rashi Devarim 30:3, and Gemara Megilla 89a)

During the month of Elul we must remember that our relationship with G-d is mutual, "Ani Ledodi Vedodi Li" ("I am my Beloved's, and my Beloved is mine"). We must reciprocate and serve G-d with this trait, as well, and be pained about the suffering of the Shechina's exile. R. Chaim Volozhoner explains at great length in his sefer, Nefesh Hachaim (2:11 and on), that this is the main focus of prayer:

[A person should] place all of his intentions and the purity of thought in his prayers just to give additional power to the upper realms ... and not on his personal issues and needs at all. We see that the nusach of the Rosh Hashana prayer is arranged from beginning to end only on the honor of His Kingship, that it should ascend as it was originally before the sin of Adam Harishon ... That is what Chazal commented regarding Chana: "She prayed "al" (lit., on) Hashem" -- That she cast words upwards. (Brachot 31a) This means that although she herself was very bitter, with all this, she threw her sorrow aside and didn't care to pray about it at all. Rather, she cast her prayer before Him, about the pain of Heaven.

If we also, like that Jew, are distressed about the of the exile of the Shechina, we can be assured that we will merit, "In all their troubles He was troubled," and thereby He and we will be saved, "It is for You to save us." 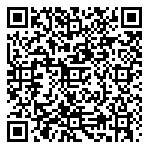