It seems that Moshe's intention with this covenant was to enter them into mutual responsibility, so that each one should make an effort that his friend not violate the word of G-d, and they should be held accountable for one another ... This is not the covenant that is mentioned in the end of Parshat [Ki] Tavo, because that covenant is for themselves, whereas this one is that each one should be liable for his Jewish brother, to the ability of each one.

Thus, the covenant of Parshat Nitzavim was sealed to introduce the element of responsibility, that not only is each person responsible for himself, but that he should be responsible for the entire community. The Midrash states: "You are standing today, all of you – responsible for one another. Even if there is one righteous person amongst you – you all stand in his merit. Not only you (i.e., Bnei Yisrael), but even if there is one righteous person amongst you – the entire world stands in his merit, as it says, 'A righteous one is the foundation of the world.'" (Tanchuma #1) This teaches that the law of responsibility does not only generate liability, but also merits, and what one does is considered as if they all did. Another person's good deed is credited to my benefit, and so, too, G-d forbid, the opposite; the entire community is considered one body.

Chizkiya taught: "Israel is a scatted lamb." Why are Israel compared to a lamb? Just as when a lamb gets hurt in its head or in one of its limbs, all of its limbs feel, Israel, also – one of them sins and they all feel.

A bad deed that one person does affects the entire community; this is mutual responsibility. Therefore, the Kli Yakar writes, our pasuk appears in singular form: "for you to pass (l'avrecha) into the covenant of Hashem, your G-d," since the focus of the covenant is the responsibility, that all of Israel are as one person.

Therefore, besides the covenant that was sealed at Sinai – which formed the connection with G-d, and in addition to the covenant of Parshat Ki Tavo – about our being a unified nation as one group ("Knesset Yisrael"), a third covenant was added in our parsha, which is the covenant of responsibility: "All of Israel are responsible for one another."

As we stand before Rosh Hashana, we need to know that this is the key to coming out innocent from judgment, as the Yerushalmi mentions (Rosh Hashana 1:3):

Normally, a person who knows that he stands in judgment wears black and wraps himself in black and grows his beard, since he does not know what will be of his judgment. However, Israel is not so. They wear white and wrap themselves in white and trim their beards and eat and drink and are happy, knowing that G-d will do miracles for them.

The question is, how are they so sure that they will emerge innocent in judgment, since three books are opened, etc.?

The Saba of Kelm explains that there are two judgments on Rosh Hashana: A judgment of Klal Yisrael, and a judgment on each and every one of Israel as an individual. We are confident that we will emerge innocent in the general judgment, since Klal Yisrael is certainly innocent. Therefore, a person needs to be a part the community during these days, and to do things on behalf of the community in order to emerge innocent.

This is the covenant of our parsha, "You are standing today, all of you, before Hashem, your G-d." When you are "all of you" – together, you are "before Hashem" – eternal! 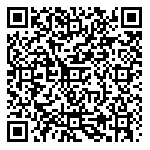