Mt. Sinai and the Golden Calf

Mt. Sinai and the Golden Calf

Why was it necessary for Moshe to degrade Israel, and to reemphasize that their inheritance of the Land is not in their merit, and that they are a stiff-necked people that sinned? After all, the generation of the desert all died, so why mention the sins of the fathers to the sons?

In truth, these verses encapsulate the basic tenet of the choice of Israel and of their eternity. Maharal, in Netzach Yisrael, addresses the Ramban's question: Why does the Torah emphasize the righteousness of Noach, that he was a righteous person and that he found favor in the eyes of G-d, whereas regarding Avraham its says: "Go for yourself from your land ... And I will make you a great nation," while nothing is mentioned of his merits?

The Maharal explains based on the Mishna in Avot, that love which is dependent on something, when the reason is gone – so, too, is the love. The Torah intentionally concealed Avraham's righteousness, so that we should not mistakenly think that the covenant was formed with him because of his many merits. This would lead to the conclusion that if, in one of the generations, the descendents would not remain in their righteousness, the covenant is annulled. Therefore the Torah presented the issue in this manner, that the covenant is not dependent and conditional on Israel's righteousness.

Even when they sin, and even with such grave sins as idolatry, they are not rejected, even though they obviously are punished for this. As the Maharal writes, mitzvot and sins "add or detract closeness [to G-d]. However, the very [issue of] closeness is not dependent of the actions of Israel." Chazal say: "Either way they are called sons." The prophet Yechezkel says (20:22-23): "As for what enters your minds – it shall not be! As for what you say: 'We will be like the nations, like the families of the lands, to worship wood and stone,' as I live – the word of the L-rd, Hashem/Elokim – I swear that I will rule over you with a strong hand and with an outstretched arm and with outpoured wrath."

Therefore Moshe emphasizes that Israel does not inherit the land in their merit, because even without merits they would inherit it, in order to fulfill the Divine masterplan as He swore to the forefathers. The proof is that you are a stiff-necked people and sinners, and even so, you are coming to the Land.

The reason for this unconditional choice can be understood from the Gemara Sanhedrin (34a), which addresses the contradiction between two verses. One pasuk says, "You, who cling (deveikim) to Hashem, your G-d" (Devarim 4:4), whereas another verse states: "Israel became attached (vayitzamed) to Baal Pe'or." (Bamidbar 25:3) The Gemara teaches that there is a difference between the words "clinging" and "becoming attached." "Cling" is an absolute bond, which is the relationship between Israel and G-d. On the other hand, Israel "becomes attached" to idolatry, like a bracelet (tzamid) on a woman's hand. In other words, with G-d – they are connected actually, in nature, inherently. However, when they sin with idolatry, this is something casual and external. Therefore, the sin of idolatry, which is casual, cannot abolish the clinging to G-d, which is natural.

With this, we can understand a fascinating passage of Chazal in this week's Haftorah (Brachot 32b):

"Zion said, 'Hashem has forsaken me; my L-rd has forgotten me.'" (Yeshaya 49:14) ...Knesset Yisrael said before G-d: Master of the Universe, "A man who marries a second wife remembers the actions of his first wife, whereas you have forsaken me and forgotten me."G-d said to her: My daughter, I created twelve constellations in the Heaven ... and they all were created only for you, and you say, "You have forsaken me and forgotten me?!" "Can a woman forget her baby (ulah), or not feel compassion (me'rachem) for the child of her womb?" G-d said, "Will I ever forget the olot (burnt-offerings), the rams and first-born (peter-rechem) that you offered before Me in the Wilderness?She said before Him: Master of the Universe, since you do not forget anything, perhaps you will not forget the act of the [golden] calf?He said to her: Even these (eleh) may forget. (I.e., "These are your gods, Israel.")She said before Him: Since there is forgetting before Your Throne, perhaps you will forget the act of Sinai?He said to her: "But I (anochi) will not forget you." (I.e., "I (anochi) am Hashem, your G-d.")This is what R. Eliezer said: What is written, "Even these (eleh) may forget" – this is the act of the [golden] calf; "But I (anochi) will not forget you" – this is the act of Sinai.

This is difficult to comprehend; is there unfair preference here? Why is the golden calf forgotten, but not the act of Sinai? Based on what we said, the issue is clear. Something intrinsic is not forgotten; only something casual and external is forgotten. The sin of idolatry in Israel is not something intrinsic, and is not clinging, and therefore it is forgotten easily and not remembered. Not so, ma'amad Har Sinai, since the Torah is the soul of Israel, and an eternal life that He planted amongst us. Israel cannot exist without the Torah, and therefore – "I (anochi) will not forget you." 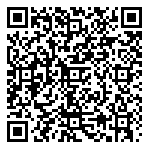