Promptness and Entirety in Service of Hashem

Promptness and Entirety in Service of Hashem

"The entire commandment that I command you today you shall observe to perform." (Devarim 8:1)

Sefer Devarim is also referred to as "Mishneh Torah," because of the many repetitions of prior mitzvot that are found in it. However, for each and every one, we must clarify - what was added here? There is no unnecessary word in the Torah, and this includes also Sefer Devarim, so that it is impossible that this book is merely a "digest" of the previous books.

This task is not simple, certainly when dealing with such a broad and obvious verse as the one we opened with. Nonetheless, we need to understand, what did the Torah add here?

Rashi, following Midrash Tanchuma, explains: If you began a mitzvah - complete it! The mitzvah must be observed completely - "The entire commandment." It is interesting that the example that is brought is of Moshe Rabbeinu, who took the bones of Yosef from Egypt, but did not bring them to Eretz Yisrael. Therefore, in Sefer Yehoshua the mitzvah is attributed to those who completed it: "Yosef's bones, which Bnei Yisrael took up..." (Yehoshua 24:32) Even though Moshe Rabbeinu was unable to complete the mitzvah against his will, the mitzvah is not attributed to him, but to those who completed it.

Mesillat Yesharim explains why it was important for the Torah to establish this principle (as if to punish one who did not complete a mitzvah). A person's nature is to be lazy, which the evil inclination amplifies and encourages, and great strength is required to stand up to it. King Shlomo said in Mishlei: "One who grows lax in his work is also a brother to the master of destruction." (Mishlei 18:9) In Kohelet: "Through slothfulness the ceiling sags, and through idleness of the hands the house leaks" (Kohelet 10:18) In Shir Hashirim: "The sound of my Beloved knocking, 'Open to me My sister, My love ... I have taken off my robe, how shall I don it." (Shir Hashirim 5:3) Chazal also taught in Avot, "Be bold like a leopard, light as an eagle, and mighty like a lion to do the will of your Father in heaven." (Avot 5:20)

Regarding promptness, Ramchal add that there are two parts: before the action and during the action. Laziness causes a person to avoid beginning a mitzvah. Even when he begins, laziness continues and makes it difficult for him to complete the mitzvah. Against both of these stages a person needs to strengthen himself. We find that all the actions of the righteous were with haste. Avraham and Sara - "Avraham woke early in the morning;" "Avraham hastened to the tent to Sara and said, 'Hurry!'" His lad - "He took a calf ... and gave it to the youth who hurried to prepare it." Rivka - "She hurried and emptied her jug into the trough."

Ohr Hachaim explains the verse in a totally different way. When a person does two or three mitzvot (even with promptness and entirety) he is liable to develop a thought that this is enough, and that he does not need to be like the great righteous ones who observe all 613 mitzvot. Therefore, the Torah commands that he should not rest, but that he must fulfill all of the mitzvot. The Torah adds, "So that you should live!" According to the explanation of the Ohr Hachaim, this is not only a promise of reward, but a reason why a person is obligated to deal with all the mitzvot, similar to his physiological life: "A person should imagine when a single limb would be afflicted with a pain, and his heart cries out from his pain. Would his crying be addressed by telling him - you have 248 limbs, of them 247 whole, and if some of the 248 are ill - it is not proper to complain about this?!"

The Maharsha asks:What is the point of dispute between Beit Shammai and Beit Hillel?What is the meaning of the excessive language, "not to be created than to be created?"How is it possible to say (and even conclude) that it is better not to be created, when it says about the creation of man, "G-d saw that it was good?"What is the idea of examining actions? Is it not our obvious obligation?

The Maharsha introduces his answer (similar to Ohr Hachaim) that although 613 mitzvot were given to Am Yisrael, from G-d's perspective, it is all one big mitzvah. However, people are incapable of acting based on such a great principle and require breaking into details.

Based on this we understand the Gemara - When a person is born he is capable of observing mitzvot, but is also liable to fall and stumble with sins. One the other hand, if he is not born, although he is not able to observe mitzvot, there is also no concern for failure. Therefore the Tannaim struggled, what is better? That he should "be created" and do mitzvot despite the danger of sins more than "he should not be created" and not stumble (but will also not be able to observe mitzvot) - or the opposite. Their conclusion is that it is preferable that he not be created, because the 365 negative prohibitions are more numerous that the 248 positive commandments, and therefore it is not worthwhile to endanger with many sins.

However, this is only from our simplistic perspective as people. However, at their Divine root, they are all one mitzvah, and there is no room for this distinction. Just the opposite: "I am Hashem" (the root of positive commands) precedes "You shall not have" (the root of negative commands). Therefore, "G-d saw that it was good" was certainly said also about man's Creation, from the perspective of the absolute Divine truth; it is preferable for man to have been created and fulfill positive commands.

In any case, it is our obligation as people to examine all of the details of the mitzvot and to unite them into one great mitzvah of belief in G-d: "I am Hashem," which is comprised of small details, but all is one. "The entire (=all together) commandment (=in singular) that I (=perhaps an allusion to "I am Hashem") command you today you shall observe to perform." 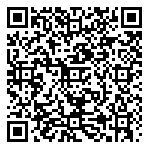