The Haftara of Shavuot

The Haftara of Shavuot


It is the custom of Klal Yisrael to read the passage of the merkava (the “chariot”) from the book of Yechezkel on the holiday of Shavuot. This custom is based on the braita in the end of Masechet Megilla (31a) in which we learn of two conflicting opinions about the reading of Shavuot. One opinion states that as the Torah portion we read “shiv’a shavu’ot” and the haftara is from the book of Chavakuk while the second opinion states that the Torah portion we read is “bachodesh hashlishi” and the haftara is the merkava from the book of Yechezkel.


At first glance, the words of the braita pose a difficulty, because the gemara in Megilla (25a) teaches that we do not read a haftara from the passage of the merkava, though Rabbi Yehuda permits.


It is a steadfast rule that if there is a dispute between an individual and a group regarding matters of law, we rule like the majority. Indeed, the opinion of the sages (the first opinion quoted in the gemara) is logically based, as the Rambam explains (in Perush Hamishnayot there):


The reason we do not read from the passage of the merkava is so that when the masses, upon hearing it, do not ask questions that may lead them to have doubts.


Similarly, Rav Ovadiah MiBartenura states that we do not read this passage lest individuals come to ask or delve exceedingly into it. It is reasonable to surmise that this will indeed happen, for the primary purpose of publicly reading the Torah and Navi is so that the nation will listen to the words, learn them well, delve into them, and internalize their spiritual and practical messages.


Our question is now sharper. Given that not even an individual should be probing into the meaning of the merkava, unless he is particularly wise and understanding, why did the sages see fit to establish the public reading of a passage whose public learning is forbidden?


In order to understand this custom, we must first explore the reason for reading this particular passage on Shavuot. Rashi, on the braita in Megilla quoted above explains that we read it because at Sinai, G-d’s myriads were revealed.


The question arises – how can we compare the chariots that were revealed at Sinai to those which were shown to Yechezkel? At Sinai, G-d descended and appeared in His chariot in order to rest among the Jewish people. In contrast, in the passage from Yechezkel, the chariot departs from the mikdash and represents the removal of G-d’s presence from Eretz Yisrael. Thus, the question persists – why do we read this passage on Shavuot?


It is possible to answer that reading the haftara does not come to teach about the chariot into which we have no permission to delve. Rather, it is brought for the first passuk, which we may indeed interpret and which constitutes the basis for its selection as the haftara.


The chapter begins with a description of the time and location in which the navi is found:


It was in the thirtieth year on the fifth day of the fourth month and I was among the exiles upon the Kevar River. The heavens opened and I witnessed a vision of G-d.


The thirty years were counted from the beginning of the yovel, because the last yovel occurred in the eighteenth year of Yoshiyahu, the year that Chilkiyahu found the Torah scroll.


The discovery of the scroll was a foundational event in the life of the nation. The sefer Torah that Moshe wrote was found in the Holy of Holies and it was open to the passage of the rebuke. Yoshiyahu gathered the nation and they accepted upon themselves a covenant, to walk in the ways of Hashem, in order to divert the destruction that was forewarned in the scroll.


The prophecy of Yechezkel teaches that thirty years later, the people did not hold up their end of the covenant. Thus, the divine presence departed from the Jewish people.


It is more pleasant to read the passages in the neviim that discuss the giving of the Torah and the auspicious times in which the Jewish people are described as having an unbreakable bond with Hashem. However, our sages wanted to teach us a painful truth. Receiving the Torah obligates us to strictly observe the commandments. If the nation keeps the covenant, wonderful, but if they nullify it, the chariot that descended upon Sinai will ascend back to the heavens, heralding exile and the fulfillment of the rebuke and punishment.


When the passage of the merkava is read, it is as if we witness the departure of the divine presence, caused by our termination of the covenant made just thirty years prior. And even though the listeners are incapable of understanding the lofty details, they understand well that Hashem has left the mikdash and what must be done to bring Him back to dwell among us.


Shavuot must not be restricted to cheer and cheesecake. The holiday of matan Torah is the holiday of covenantal acceptance and assuming the yoke of Torah in all its meanings. It is the holiday in which we yearn for the return of the divine presence and the building of the Beit HaMikdash. 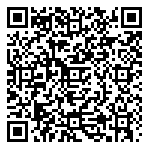