The command to donate to the Mishkan is expressed differently in our parsha than in the original command that appears in Parshat Teruma. There, the command is addressed to every individual: “ויקחו לי תרומה מאת כל איש אשר ידבנו לבו – Bring for me a donation from every person whose heart so moves him” (Shemot 25:2). In our parsha, in contrast, the command is addressed to Bnei Yisrael: “קחו מאתכם תרומה לה' – Bring from among you a donation to Hashem” (Shemot 35:5). The fact that this parsha was transmitted “bekahal,” to a gathering of Bnei Yisrael (as indicated by the opening word, “Vayakhel”) is also notable[1], as is the fact that the mitzva of Shabbat is mentioned in this parsha before the mitzva of building the Mishkan (in contrast to Parshat Ki Tisa, where is follows the mitzva of building the Mishkan)[2].

The Zohar explains that after the Eirev Rav caused Bnei Yisrael to sin through the chet ha’egel, the nature of the construction of the Mishkan changed. In order to make this change, there was a need to gather all of Bnei Yisrael together, thereby separating from the Eirev Rav. Why was this necessary? And why was this separation brought about specifically through gathering Bnei Yisrael?

The existence of the Mikdash elevates the entire world. Chazal tell us that if the nations of the world would have known of the benefit that they receive from the Mikdash, they would have surrounded it in order to protect it. The korbanot offered on Sukkot protect the nations of the world, and they are also permitted to bring korbanot themselves. Shlomo, who built the first Beit HaMikdash, requested in his prayer on that occasion that the tefillot of non-Jews who came to the Mikdash would be accepted. At the same time, we find a consistent effort to prevent the influence of the non-Jews, as we see in the refusal of the builders of the second Beit HaMikdash to accept help from the Kutim: “It is not for you and us to build a house to our G-d, but we alone will build it to Hashem, G-d of Israel” (Ezra 4:3). The Rambam similarly rules (Hilchot Matnot Aniyim 8:8) that we do not accept from non-Jews gifts of specific items for the Mikdash. However, this refusal to accept donations and assistance from non-Jews only existed at the time of the second Beit HaMikdash. Shlomo accepted the help of the king of Tzur in the construction of the first Biet HaMikdash. What is the reason for this difference?

What is a kahal? Groups of people that are joined together are assigned different names depending on the essence and content of the group. A nation (am) signifies a social collective reflecting joining together on an economic basis. “Goy” reflect cultural cohesiveness (as we see in the Haggada, which learns from the phrase “goy gadol” that Bnei Yisrael stood out in Mitzrayim). The term “edah” or “kahal” reflects a common denominator of the group around the spiritual idea and destiny of Yisrael. Chazal tell us that “kahal” is used only to describe those who live in Eretz Yisrael. The Land creates a connection between all its inhabitants, creating one unit[3]. Designation of a group as a kahal not only indicates quantity, but also the power of the group, which creates completion. This is the basic condition of Am Yisrael’s power to act as a nation that reflects the principle of “You are one and Your name is One, and who is like your nation Yisrael, one nation in the land.” The Mikdash is built on this unity – around one Kohen Gadol and one altar – and this reflects the uniqueness of Yisrael, who stand apart from the other nations.

Yaakov Avinu referred to the makom haMikdash as a “house” (Bereishit 28:17). Chazal comment that this is the term that was adopted to refer to the Mikdash – it was not called a “mountain,” as Avraham referred to it, nor was it called a “field,” as Yitzchak referred to it, but rather a house, which signifies boundaries. Unlike his father and grandfather, Yaakov succeeded in creating a family completely dedicated to Hashem, separating entirely from all connection to the non-Jews. He was the one who fashioned the final form of Klal Yisrael when they gathered his sons around his bed and taught them the secret of survival during galut. It is not coincidental that the order of the camping of the shevatim around the Mishkan is patterned after the order in which they carried Yaakov’s coffin.

When Yisrael is in a state of completeness, the fact that non-Jews join them in the construction of the Mikdash has no negative effect, just as the arrival of guests does not negatively affect the family if the status of the husband and wife is clear and others remain of lower stature. However, if the status of the couple is weak, there is a blurring of lines in the interaction with others, and the first priority is for them to live together alone, and not to allow others to have any influence[4]. During the time of the first Beit HaMikdash, when the kingdom of Am Yisrael was at its height of spiritual and natural power, alliances with other nations did not weak the inner content of Klal Yisrael. However, during the time of the second Beit HaMikdash, any involvement on their part would have brought about that they would establish the nature of the Mikdash and the service as partners, and this would have nullified the unity and form of Yisrael.

After Matan Torah, when Yisrael were free people, they could have accepted donations and unite all of the world through the Mikdash. However, through the chet ha’egel, they fell from this level. In order for them to preserve their spiritual form, they needed, as a first priority, to separate from the Eirev Rav, who had succeeded in blurring (“iruv”) the lines.

The creation of a unified nation, the basic condition for the construction of the Mishkan, took place through the command of “vayakhel,” gathering everyone together and the emphasis on the formation of a kahal. The first command mentioned in that gathering was that of Shabbat, which signifies the unity of the Creator. Shabbat reflects the revelation of the completion of the world uniting with its “partner,” Yisrael – the nation that is fitting to join with it to create the power of the kahal necessary to build the house for the one G-d[5]. In the future, the Mikdash will certainly serve as “a house of prayer for all of the nations,” but in order for Yisrael to be able to fulfill their role, they must form a kahal through the sign of the Shabbat – they must act by separating themselves and being entirely independent.

[1] See Rashi at the beginning of Parshat Kedoshim, where he comments on the significance of the parshiyot that were said bekahal.


[3] Any ten Jews who gather together is referred to as an “edah.” Such a group can be the source of kiddush Hashem, or, G-d forbid, the opposite.


[4] This explains why Moshe requested that the Shechina not rest among the nations of the world specifically after the chet ha’egel. This is surprising, given that it had been Moshe who had invited the Eirev Rav to join Bnei Yisrael so that the word of Hashem would be spread further in the world. Moshe realized that in the present situation, in which there was a possibility of galut, Yisrael would not be able to survive unless they recognized that the Shechina rested only among them.


[5] For the same reason, the idea of Shabbat is also mentioned in the context of Yaakov and Yosef, who lived in chutz la’aretz. 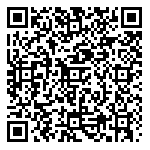