You are Standing Today, All of You

You are Standing Today, All of You

"You are standing today, all of you, before Hashem, your G-d." (Devarim 29:9) The primary purpose of the Jewish nation is to stand before G-d. On the pasuk, "You are my witnesses – the word of Hashem – and I am G-d" (Yeshaya 43:12), Chazal comment: "If you are My witnesses – then I am G-d; if you are not My witnesses – it is as if I am not G-d." (Yalkut Shimoni vol. II, 455) We are the only ones in the world who represent G-d. Through us, G-d reveals Himself in the world, as Rav Kook zt"l writes: "Knesset Yisrael clothes the G‑dliness that is revealed in the world." (Orot) Every Jewish person has to dedicate himself to this goal, since there is no other nation in the world that will do it.

This needs to be our intention in the Yamim Hanoraim prayers. They should not be for our personal issues, but rather for the terrible desecration of G-d's Name. So long as the world has not reached its purpose, there is wickedness and folly, and the nations of the world can ask Israel, "Where is your G-d?" – this important role is still placed upon us. Therefore, we pray, "Reign over the entire world with Your glory," "They will all accept the yoke of Your reign," "All creatures shall fear You," etc.

Chazal comment on the pasuk: "All the siach (shrubs) of the field were not yet on the earth" – all the siach (talk) of people is only about the earth, [whether] it produced fruit or not. However, the prayer of Israel is entirely about the Temple. Master, when will the Temple be built?"

Siach hasadeh has two meanings: 1. Talk about matter of the field, the produce of the field, the economic profit from the field. 2. Prayer about the Temple, as it says about Yitzchak: "Yitzchak went out lasuach basadeh (to talk/pray in the field)." Chazal interpret the field as an allusion to the Temple, which Avraham called a mountain, and Yitzchak called a field. Am Yisrael and the other nations are differentiated through this. The nations talk and are interested only about earthly matters, whereas Israel's centrality of life is the Temple; the whole goal of their prayers is only for the honor of the Shechina and its revelation in the Temple.

This also explains Chazal's statement: "Whoever establishes a place (makom) for his prayer, the G-d of Avraham is his help." If a person's primary goal in prayer is for the purpose of Makom – G-d, who is the place of the world – then the G-d of Avraham is his help, since it says about Avraham, "to the place where he stood there before Hashem." This was Avraham's primary intention – for Hashem's honor.

It further says in Pirkei Avot: "Do not make your prayer set, but rather pleadings before Makom, and do not be wicked before yourself." Your primary intention in prayer should be for the purpose of G-d, not about you alone.

We say in Shemoneh Esrei: "Remember us for life, O King who desires life, and inscribe us for life on your behalf, Living G-d." We are saying: All our prayers are on Your behalf, O G-d.

The Zohar writes sharply about this:

"It was one day: The angels came to stand before Hashem." (Iyov 1:6) "It was one day" – this is Rosh Hashana. "To stand before Hashem" – to claim His insult. All scream like a dog, "hav, hav" (Give! Give!). Give us life! Give us children! Give us food! Give us forgiveness and atonement! No one pays attention to claim the insult of his Master, and His name [that] is desecrated among the nations, as it says: "For the Hand is on kes Y-ah (the Throne of G-d)" – the Name is not complete and the Throne is not complete.

"To stand before Hashem," the Zohar explains, means to stand in order to serve Him; to complain about the desecration of Hashem's Name, and not to ask like a dog, hav hav – "Give! Give!" for personal needs.

King Yoshiyahu said about this: "Now, serve Hashem, your G-d, and His people Israel." (Divrei Hayamim II 35:3) Rav Zvi Yehuda Kook zt"l asks: This seems to contradict Chazal's statement that anyone who combines G-d's Name with something else is uprooted from the world!" (Succah 45). How is it possible to serve Hashem, and together with Him, Israel? This is joint worship, which is prohibited?! He explains: "The service of His nation Israel is identified and unified with the service of Hashem." "His nation Israel" and G-d are not different things, but rather one revelation and one awesome expression. (Sichot of Rav Zvi Yehuda #71)

Rav Kook zt"l similarly writes (Ikvei Hatzon, p. 155): "Then the essence of G-d's worship is decorated and girded with the strength of the service of the nation – 'Serve Hashem, your G-d, and His nation Israel.'" He would commonly sign his writings, "A servant to the holy nation on the holy land."

We can also explain: "You are standing today, all of your, before Hashem, your G-d," in this same way. On this day, on Rosh Hashana, we should stand before Hashem, ready to serve Him, on his behalf, to fulfill the Divine goal of creation. Even a person's personal requests should only be for help in achieving this goal – "on your behalf, Living G-d."

The Mussar Masters advise that the way to this is: "I am sitting amongst my people." (Melachim II 4:13) Some explain that a person should hide on the Day of Judgment and not stick out. Others explain that the intention is to be included in Klal Yisrael, to seek its welfare, and not to focus on personal individuality. The Sfat Emet writes (5635): "'You are standing today, all of you' – The entirety of Israel is forever standing before G-d, and the service of each individual is to submit himself to the whole." 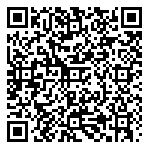