To Pass into the Covenant of Hashem

The obvious question is: How can one generation accept upon itself an oath and thereby obligate all future generations?

Furthermore, what is the nature of this oath that G-d imposes upon His nation, not to annul the covenant with Him? G-d already decreed that he will not reject Israel: "For the mountains may be moved, and the hills may falter, but My kindness shall not be removed from you." (Yeshaya 54:10) Similarly, Yirmiya says: "If the heavens above could be measured or the foundations of the earth be plumbed below, so too would I reject the entire seed of Israel because of everything they did." (31:36)

Chazal explicitly teach that when the Elders of Israel came to the prophet Yechezkel and expressed their opinion that they were no longer under the rule of G-d, and became like all the other nations, Yechezkel answered them: "As for what enters your mind – it shall not be! As for what you say, 'We will be like the nations, like the families of the lands to worship wood and stone,' as I live – the word of the L-rd Hashem – I swear that I will rule over you with a strong hand and with an outstretched arm and with outpoured wrath." (20:32-33) Thus, Israel are without choice in regards to their relationship with G-d, so what is the value of an oath if they don't have free choice to violate it?

The Akeidat Yitzchak and the Maharal explain that this oath that G-d imposes upon Israel is not a halachic issue that is prohibited to violate, but rather it expresses a reality that is impossible to change. The connection between Israel and G-d is not one that is dependent on the decision of the nation. We did not decide to choose G-d, but rather He created us and chose us: "This nation I have fashioned will say My praise." (Yeshaya 43:21)

Just as it is built-in that a living being will not willingly commit suicide, and even if there are exceptions, psychologically sick people who do so, still, society and the nation is prevented from self-destruction. So, too, it is the rule and nature of the Jewish nation not to separate from its G-d, who is its very life. "You, who cling to Hashem, your G-d – you are all alive today." (Devarim 4:4) The nation's inability to separate from Him, is called an oath: "You are standing today, all of you, before Hashem, your G-d ... for you to pass into the covenant of Hashem, your G-d ... in order to establish you today as a people to Him and that He be a G-d to you." (Devarim 29:9-12) Based on this, the Rambam writes in Hil. Teshuva that Am Yisrael are assured that they will repent.

This rule is said also regarding each individual. Chazal say in Masechet Nidah (30b) that when a baby comes forth from its mother's womb, "It is sworn: Be righteous and do not be wicked." Here, also, the meaning of the oath is that a person has the ability to be righteous, and the oath signifies the strength and the ability to be connected with G-d, making this nature hard to violate. This is the source of the expression "Teshuva," repentance. The demand to return to the proper path is not something beyond man's nature, but rather a return to his initial nature. Therefore, the parsha emphasizes: "It is not hidden from you and it is not distant. It is not in heaven ... Rather the matter is very near to you – in your mouth and your hearts – to perform it." (30:11-14)

This is the natural tendency of the Jewish nation, of each of its members, and for all generations. This is what the Torah says: "With whoever is here, standing with us today before Hashem, our G-d, and with whoever is not here with us today." 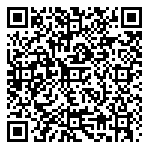