Just for Not Being Happy?

Just for Not Being Happy?

Because you did not serve Hashem, your God, with happiness and with gladness of heart, when [you had an] abundance of everything. (Devarim 28:47)

After citing several atrocities, the Torah provides a reason why these calamities will befall Am Yisrael: “Because you did not serve Hashem, your God, with happiness and with gladness of heart.” Is it possible that we can be punished so severely because we did not serve Hashem joyfully? If one fulfills all 613 mitzvot but without a smile, is he deserving of such harsh punishment?

The Ohr Hachayim Hakadosh, in perhaps one of his most famous lines (some copies of his commentary on the Torah quote this line on the cover), explains the concept of “simcha” as follows: Based on the pasuk ושמחת בכל הטוב  - “happiness from all the good” (Devarim 26:11), he posits that this relates to the entire Torah. If people would comprehend the sweetness of the Torah, they would fulfill all the precepts of the Torah wholeheartedly, and not be swayed by their desires for physical pleasures.   The evils of the tochacha befall upon us when we perform Mitzvos out of routine without appreciating their awesome nature and value.

Alternatively, based on the interpretation of simcha earlier in the parsha, we can derive an important lesson here as well.  When one brings bikkurim, the first fruits, the term simcha appears as we stated above ושמחת בכל הטוב.  The following pasuk (Devarim 26:12) relates to ma’aser that we are to provide to Shevet Levi, and to the poor and underprivileged.  Rav Aviner in Tal Hermon suggests that after bringing one’s bikkurim and expressing gratitude for one’s produce, true simcha can only be obtained by sharing the wealth with others.  That is why the mitzva of ma’aser follows the mitzva of bikkurim.

This is consistent with the Rambam’s opinion expressed in Hilchos Shabbos and Yom Tov 6:18 where he describes simchas yom tov as follows:

When one partakes in the Yom Tov seuda, he should be sure to feed the convert, orphan and widow along with other less fortunate individuals.

In other words, according to the Rambam, the mitzva of simcha on Yom Tov requires that one share the experience with others.  Based on this interpretation, we can explain the punishment for not worshipping Hashem “b’simcha” as not caring for the underprivileged.  True simcha has to be shared with others.  One cannot sit in his daled amos and expect to fulfill all of his obligations.  Part of being a good Jew means being concerned with the well-being of others.  Personally fulfilling all 613 mitzvos while ignoring the needs of others, is not Ratzon Hashem.  Tragedies will ensue if we focus on ourselves and ignore the necessities of those around us.

As we approach the Yamin Noraim, let’s take a moment to consider the hardships experienced by those around us.  To contemplate what we can do to enhance the simchas Yom Tov of those less fortunate.  May we be zoche to spread the joy and be blessed with a healthy and happy new year! 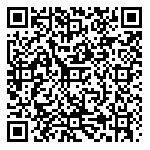 A Boost of Self Confidence
הרב שלום רוזנר
E