A Boost of Self Confidence

A Boost of Self Confidence

In Parshat Pinchas there is a census of the nation that contains a pattern distinct from others listed in the Torah.  Each shevet is referred to by a sort of nickname with the addition of two letters to their name.  For example, בני ראובן חנוך משפחת החנוכי – The sons of Reuven: Chanoch, the Chanocite family… (Bamidbar 26:5).   Why is a letter hei added at the beginning and a letter yud added at the end of the name?

Rashi explains that by tracking their genealogy so carefully, highlights that their lineage remained pure.   The other nations of the world may hypothesize that since their ancestors were slaves, the Egyptians likely violated the women and the resulting children are no longer pure descendants of Avraham.   The Torah adds the letters yud and hei – which spell God’s name, to indicate that God testifies to the purity of the nation.

We may ponder, do these additional letters added to the names of the leaders of the shevatim actually have any impact on what other nations think or believe? Furthermore, why are these extra letters inserted here in Parshat Pinchas and not included in the census conducted in Parshat Bamidbar?

Rabbi Frand in his sefer The Power of a Vort, cites an explanation offered by the Tolna Rav. There is a gemara (Sanhedrin 107) that dissects David Hamelech’s plea for forgiveness following his misdeed with Bat Sheva, based on Tehillim 19:14.   He begins with שגיאות מי יבין Who can discern mistakes? - thereby asking for Hashem’s forgiveness.  Then he states: מנסתרות נקני -cleanse me from unperceived transgressions. גם מזדים חשך עבדך from intentional transgressions restrain your servant.  Finally, David requests: אל ימשלו בי - may they not rule me.  The gemara explains that the last request was a plea that the sages not speak negatively about David.   Why is David Hamelech so concerned about what others say about him?  Did he have a fear that negative PR could harm his reign?

The Tolna Rav explains that a person who perceives himself in a negative manner becomes easy prey for the yetzer hara.  A person who believes in himself, who views himself as a ben torah, will be able to confront his evil inclination and declare “how can I engage in that act, it is beneath me”.  However, a person with low self esteem may contemplate “I am nothing anyway, so no big deal if I sin a little here and there.”  David Hamelech was concerned that if people spoke negatively of him, it may lead him to think of himself as a rasha and then a self-fulfilling prophecy would send him on a downward spiral into a moral abyss.

The insertion of the letters hei and yud to highlight God’s seal on each shevet’s authenticity may have no impact on the other nations of the world.  That is not their purpose.  Rather, it is for us to believe in the purity of our lineage, so we are motivated to preserve it.  Perhaps the reason it appears now and not previously is because we are now in the 40th year and there is a new generation.   The previous generation that lived through the exile and exodus, had first-hand knowledge of what transpired and could dismiss any statements made by the other nations about the Jewish women as viscous rumors.  The new generation required some assistance in order to be able to dismiss the other nations’ claims and so Hashem surrounded the Jewish families with his name to testify that their roots are pure.


In a similar manner, Rabbi Aharon Soloveichik in his sefer Logic of the Heart, Logic of the Mind, notes that the word tochaha is derived from the word hochaha, which means “proof” or “demonstration.” Offering rebuke means proving or demonstrating to another that he can do much better, showing him that the action is beneath him and that Hashem believes he is above such behavior. Proper tochaha, then, means lifting someone up, not, God forbid, putting them down. That is also why the pasuk uses the word “amitecha” (your fellow). Tochaha should be a friendly reminder that such behavior is not becoming of the person receiving rebuke.

It is important that one maintain self esteem and self confidence in their avodat Hashem.  As the Slobodka philosophy dictates- adam “man” is derived from the term “adame lo” – to be like Him.   To mimic God one has to exalt confidence and seek to achieve greatness.   However, this should be done while considering the position of Novardok – that adam “man” is derived from the word adama – dirt and should remain modest and humble like the lowly earth.   May we be able to achieve the proper balance between these two philosophies so we can maintain self esteem and humility simultaneously. 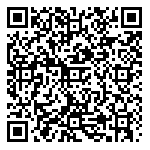