Parshat Ki Teitzei: Shaul and the War Against Amalek

One of the mitzvot that Bnei Yisrael are commanded to fulfill upon entering Eretz Yisrael is to fight and eradicate Amalek; the only mitzva that precedes it sequentially upon entering the land is the appointment of a king. Thus, it is understandable that immediately upon becoming king, Shaul should have gone out to fight Amalek. According to this perspective, the mitzva that Shaul failed to perform was the mitzva to destroy Amalek.

This raises a number of questions, however. Shmuel’s command to Shaul makes no reference to the pesukim from Sefer Devarim; he simply notes that Hashem remembers Amalek’s crimes and intends to punish them, and is therefore issuing this command. Moreover, from the words of the Rambam in his introduction to his commentary on the Mishna, it appears that Shaul’s sin lay in his failure to obey Shmuel. In Sefer HaMitzvot, the Rambam explains the mitzva of “Zachor” as an attempt to arouse hatred towards Amalek in preparation for war, and he cites the words of Shmuel in his preface to his command as a means of arousing hatred. Indeed, Shmuel’s words to Agag before he put him to death – “Just as your sword has bereaved women, so shall your mother be bereaved among women” (Shmuel I 15:33) – express revenge more than the desire to wipe out Amalek.

According to the Rambam, the laws of the war against Amalek are the same as the laws that apply in any war; the enemy was given the opportunity to accept a surrender agreement. The men, women, and children were to be killed only if they refused the peace treaty. Accordingly, there is no obligation to kill an Amaleki outside of the context of war. In the case of Shmuel and Shaul, however, there was no offer of peace made to the Amalekim.

Based on this, we see that the “war against Amalek” about which we are commanded in our parsha entails a state of hatred and hostility, the status of being enemies and not to forget that status. However, the war against them in practice is carried out in the same manner as any other war, with all its considerations. The war against Amalek about which Shaul was commanded was a special command of the navi, and that is why the general laws of war were changed.

The attitude of hostility required in the context of Amalek is that of hatred towards a particular people that reminds us of a certain event, not hatred of an enemy who threatens our survival or wellbeing, and not a religious war. Although the war of Amalek is described as a war against Hashem, the laws of the battle against Amalek do not mention any religious element, but rather only the hatred of the enemy. The mishna and Sota describing the words of the Kohen before going out to war speaks of hatred and the kohen’s job to arouse it.

Man’s desire for peace is rooted in the desire for a perfect world, but sometimes people desire peace out of spiritual exhaustion, which leads them to be willing to overlook certain aspirations and values and to ignore the facts that would demand effort and acceptance of an uncomfortable reality. Between the two world wars, Europe did not want another war, and therefore was willing to accept all promises of peace, even if they were unreasonable.

It is not coincidental that the world considers religious zealotry to be the cause of war (despite the fact that neither of the world wars were rooted in religious conflict, and they were far crueler than any other wars in world history). It is the religious perspective that makes it impossible for a person to “fall asleep” and forget. Peace for the sake of comfort does not reflect compassion, but rather naiveté. The hatred of evil that is represented by the war against Amalek is the aspiration for truth and peach rooted in the truthful perspective.

Shaul excelled in his personal character, but the combination of his fear of the people and his lack of identification with the cruelty and lack of logic in the complete destruction of Amalek led him to hesitate in fulfilling the mitzva. However, his misplaced compassion, which was rooted in emotion, eventually led to misplaced cruelty. We see from the hatred that Haman showed towards Am Yisrael that misplaced compassion does not bring true peace. 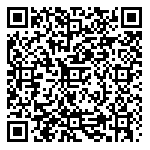