The "Secret" of Sod Ha'ibur

The "Secret" of Sod Ha'ibur

The concept of sod ha'ibur is not clear. We will try to clarify this concept somewhat.

The general idea of sod (=secret) in Hebrew is something that is not commonly known. It says in Masechet Ketuvot (112a):

From this incident, it appears that sod ha'ibur was a group of Sages who were involved in ibur. This includes declaring leap years, but also kiddush hachodesh based on observing the moon. The overall meaning of the word ibur is arranging the months and the festivals.

Every day we pray in Shemoneh Esrei two adjacent blessing: "Who gathers the scattered of His nation, Israel," and "Return our judges." In the blessing of judges we ask: "Return our judges as at first, and our counselors (yo'atzeinu) as at the beginning." We know clearly what judges are, but who are the counselors?

However, we find another explanation of this concept. In Masechet Rosh Hashana (20b), Abba the father of Rav Simlai asked Shmuel: Does the Master know this matter that is taught in sod ha'ibur: If [the moon] were born before midday, born after midday." Rashi explains: "sod ha'ibur," a baraita taught in codes. We see here that sod ha'ibur is not a group of Sages who convened on the issue of ibur, but rather a baraita. However, there is no contradiction here. In Tanach language sod is a group of people who gathered for a specific purpose, who do not want it to be publicized. That beraitai of sod ha'ibur was the oral tradition of the Sages of sod ha'ibur, and therefore it was taught with codes, so that only those who sat on sod ha'ibur knew it. Why was the issue of ibur kept a secret?

R. Yitzchak Yisraeli, a disciple of the Rosh, writes about this in his sefer Yesod Olam (4:14): "If it were known and people would be aware of it ... they would challenge Beit Din and argue on them and would oppose them with claims and logical arguments. This would lead to great dispute and ruining the festivals, as that event of Rabban Gamliel and R. Yehoshua, where Rabban Gamliel ruled according to the tradition that he had received and R. Yehoshua argued with him because he relied on his logic."

In our days there was an event just like he said. The Karraites today establish their festivals based on lunar calculations. In '95 some of their individuals arose and disputed the ruling of their court and claimed that their own calculations were more accurate than their beit din's calculations. In the end, the Karraite community needed to turn to the Israeli Supreme Court to force the opinion of the beit din on their entire community...

Indeed, the wisdom of the Torah was to preserve the calculations a secret. This is based on the law of "atem - even if you are mistaken, etc." This is because the mitzvah of kiddush hachodesh and ibur hashana is not like other mitzvot. In the other mitzvot everyone can rely on the ruling of his local Rav, whereas kiddush hachodesh – "for Torah will go forth from Zion" – all of Israel need to submit to a single Beit Din that sanctified the new moon. Therefore, R. Yehoshua was placated when Rabban Gamliel forced upon him his order of festivals, because in the mitzvah of kiddush hachodesh Hashem's goal was that all of Am Yisrael should obey one beit din, and here He allowed what is not so with all other mitzvot: "atem - even if you are mistaken, mislead, etc."

From this halacha of "atem," whose goal is preventing dispute, we can understand the reason for the secrecy, whose goal is also to prevent dispute. 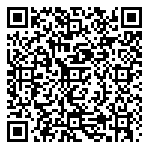