This Shabbat we will read the last of the four parshiot, Parshat Hachodesh. Parshat Hachodesh begins with Kiddush Hachodesh, the first mitzvah that Am Yisrael was commanded as a nation. On the pasuk, "Hachodesh hazeh lachem - This month should be for you," (Shemot 12:2) the Midrash Sod Ha'ibur writes:

At that time, Hashem gave to Moshe Rabbeinu the rules for lunar calculations and traditions for its intricate laws, and told him how to establish leap years and determine months. Am Yisrael always excelled among the nations through its astronomical knowledge (Shabbat 75b):

R. Shmuel b. Nachmani says in the name of R. Yochanan: How do we know that there is a mitzvah to calculate tekufot and mazalot (seasons and constellations)? The verse says (Devarim 4:6), "For it your wisdom and understanding in the eyes of all the nations." Which wisdom and understanding [of Yisrael] is apparent to the eyes of all the nations? This is calculation of tekufot and mazalot. The Rambam in his responsa explains that this calculation refers to astronomy.

There is evidence that even Avraham Avinu was an expert in knowing the paths of the stars, "R. Elazar the Moda'i says, Avraham Avinu possessed great astronomical wisdom. All of the kings of east and west would travel to see him." (Bava Batra 16b) Josephus, as well, writes in his Antiquities that "Avraham was an expert in celestial matters." (Book I, 7:2)

The Tanach writes that the descendants of Yissachar were "knowledgeable in the understanding of times." (Divrei Hayamim I 12:32) Yissachar was the tribe that possessed expertise in planetary motions.

Similarly, R. Yehoshua b. Chanania knew of the appearance of a certain star that would appear once in seventy years and would confuse the sailors. (Horayot 10a) The Amora Shmuel said about himself that he the paths of the heavens were as clear to him as the roads of his own city. (Berachot 58b)

Some of the Rishonim were also famous astronomers. The Ibn Ezra wrote books on astronomy. The Rambam was the first to combine astronomy and halacha by including in Hilchot Kiddush Hachodesh chapters (11-19) that deal with the complicated calculations to determine visibility of the new moon. The Ralbag was considered one of the greatest astronomers of his generation after he invented an astronomical viewing device called, "Mateh Yaakov," and calculated figures which were more accurate than those of his predecessors. R. Avraham Zakut calculated astronomical almanacs which Columbus used in his travels. There is a famous story in which Columbus demanded from natives to provide his crew with food, and threatened the natives that if they would refuse he would take away the moon. He was able to predict an eclipse which occurred on October 1, 1504 based on the almanacs which R. Avraham Zakut had formulated. In fact, many craters on the moon are named after the Ibn Ezra, the Ralbag, and R. Avraham Zakut.

R. David Ganz was an assistant to the famous astronomers Brahe and Kepler. R. Yosef Shlomo Rofeh was in contact with Galileo. R. Refael Mehanover, the author of "Luchot Ha'ibur," was a student of the famous mathematician Leibnitz

Throughout the generations, there were scholars from Yisrael who were experts in astronomy. Over the last few years, the topic of Kiddush Hachodesh has been increasingly studied, and many new books on the topic have been written.

This year, in the month of Tishrei, we began the Institute for Kiddush Hachodesh and Ibur Hashana Studies in Yeshivat Kerem B'Yavneh. We formulated a program of study which covers halachic, astronomical, agricultural and historical aspects of Kiddush Hachodesh. We hope and pray that we will soon merit to perform the mitzvah of Kiddush Hachodesh through the observation of the new moon. 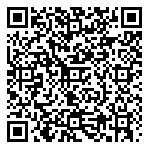