Faith, Redemption and the Resurrection of the Dead

"They believed in Hashem." (14:31) Yalkut Shimoni comments on this: "In the merit of their faith, Ruach Hakodesh (the Holy Spirit) dwelled upon them and they sang song ... Avraham inherited this world and the world to come only in the merit of his faith, as it says, 'And he believed in Hashem.' Similarly, you find that our forefathers were redeemed from Egypt only in the merit of their faith, as it says, 'The people believed.'" We learn from this Midrash that the reward for faith is redemption, the world to come, and Ruach Hakodesh. What is "faith," and why does one merit for it to be redeemed?

We can understand this based on a passage in Masechet Bava Batra (75a).

In the future G-d will bring precious stones and pearls which are thirty by thirty [cubits] ... and will place them in the gates of Yerushalayim. A certain student mocked, "Nowadays it is not even possible to find [gems] the size of a small bird's egg, is it possible to find such big ones?" Some years later he traveled across the sea and saw the Heavenly angels sitting and sawing precious stones that were thirty by thirty. He asked them, "For whom are these?" They said to him, "G-d will place them in the gates of Yerushalayim." The student returned to R. Yochanan and said to him ... "Just as you said I saw!" R. Yochanan said to him, "Fool, had you not seen you would not have believed?! You are one who mocks the words of the Sages." He fixed his eyes on him and he became a heap of bones.

>From this Gemara we can conclude that that student was lacking faith because he did not believe in what he didn't see before him, or what didn't seem logical to him. Accordingly, a person who has faith is one who believes even in what he doesn't see, is not tangible, or he does not comprehend.

One who has faith in G-d believes that He is the Creator of the world, Director of the world, looks after His creatures, and is Omnipotent, able to act without any restraint. Thus, we can understand why Chazal comment, "One who says, 'What will I eat tomorrow?' is of little faith." (Sotah 48b) A person who doesn't see before him the food that he will eat tomorrow, and therefore questions if and what he will eat the next day, is considered of little faith. Similarly, the Gemara (Shabbat 31a) finds in the word, "emunat" (faith) an allusion to Seder Zeraim. Tosfot explains that this is because he believes in the Eternal and plants his seeds. One who plants demonstrates his belief that G-d gives life to all beings and that our existence is from Him. Because of G-d the seed will grow fruits, despite the fact that based on what is apparent it is impossible to understand how a seed that rots in the ground can produce fruit.

Based on this we can understand the statement of the Yalkut. In the merit of faith in the Creator and His guidance of the world, a person clings to G-d, and merits from Him redemption and the world to come -- those things that are not seen.

Bnei Yisrael were in grave danger just before the sea split, as the Midrash Rabbah comments on the pasuk, "Bnei Yisrael came within the sea," that the sea did not split until they entered it up to their nostrils, and only then in became dry. (Chazal similarly comment in Midrash Tehillim that Bnei Yisrael went down into the sea, as it says (69:2), "Save me, O G-d, for the waters have reached until the soul.") Thus, they were about to drown, and still they had faith in Hashem that He would save them from a situation in which there was no apparent chance to be saved.

The resurrection of the dead is considered part of our required faith in G-d, since it is something that is incomprehensible to man and has no explanation or logical proof. Bnei Yisrael, who were in danger of death, believed that they would be redeemed, and in the merit of this belief, Ruach Hakodesh dwelled on them and they sang song and were saved. This is the hint to the resurrection of the dead, i.e., that this appears to be the end of life and yet we believe that afterwards there is still life, as it says, "Awake and shout for joy, you who rest in the dirt." (Yeshaya 26:19)

May it be G-d's will that through our faith we will merit the complete redemption and the resurrection of the dead speedily in our days. 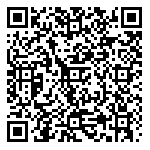