In the beginning of this week's parsha, it says regarding the donation of the machatzit hashekel (half-shekel) (Shemot 30:15-16):

What is the half-shekel supposed to atone for? How does giving it serve as atonement for sin?

In the Midrash Tanchuma a number of explanations are offered:

We learn from here that the half-shekel is to atone for the sin of the golden calf, or, according to the second opinion, for the sale of Yosef. We need to understand these opinions.

The "Shem MiShmuel" explains that these two sins have a common denominator: a fault in logic, a mistake in judgment. The sale of Yosef is not to be interpreted as the result of mere jealousy and hatred between brothers. Rather, the motivation was the burning desire of the brothers to draw close to the Creator, to G-dliness. They were concerned that just as Yishmael was cast off in favor of Yitzchak, and Esav in favor of Yaakov -- so, too, they would be cast off because of Yosef's tattling, and because of Yaakov's excessive love of Yosef. Therefore, they sold Yosef.

We can understand the sin of the golden calf in a similar way. The opinion of the Rishonim is well known, that the calf was not actual idolatry, but rather Bnei Yisrael sought an intermediary through whom they could serve G-d (Kuzari), or a replacement for Moshe Rabbeinu (Ramban). However, we must still explain why they hastened so much. As soon as they saw that Moshe had delayed, six hours passed, immediately they gathered around Aharon. Why did they not wait until tomorrow, or until Aharon the prophet would explain to them from G-d what happened to Moshe and what they were to do? Rather, here, too, they erred in a manner similar to the sale of Yosef. "Because they were very keen on the Divine idea, [when they were] without it, they could not control themselves to wait a moment." The moment that Satan showed them that Moshe died, they immediately sought how to draw close to Hashem through another intermediary.

Thus, we see that the cause of both sins is one: because of their great desire to cling to G-d they misjudged.

How does donating the half-shekel rectify these sins? It is possible to explain based on the words of the Maharal (Netiv Ahavat Hashem):

The primary meaning of what it says, "You shall love Hashem ... with all your resources corresponds to the intellectual aspect of man ... as Chazal say, that a person's mind is drawn towards his money, since the money sustains him ... Therefore, [Chazal] said that "even if He takes your money," which is tantamount to the loss of intellect.

According to his words, that money corresponds to man's intellect, it is understandable that since they misjudged -- the atonement is to give of their money as a donation to G-d. I.e., their intellect should now serve in the proper direction.

Rashi explains here that there were three donations: for the adanim (socket blocks), for the sacrifices and for the general building of the Mishkan. For the sacrifices and for the adanim each person brought a half-shekel, whereas for the Mishkan each brought according to his generosity. Why were these three donations necessary?

The Maharal explains in Gur Aryeh (beginning of Parshat Teruma) that this is because they sinned with the calf on three levels. With their bodies -- they slaughtered for the calf and serve it with their bodies. With their mind -- they attributed some value to the calf. With their money -- they donated of their wealth in order to form it. Therefore, they were commanded to offer three donations, to atone for each of these three levels.

To atone for the sin of their bodies, they were commanded to donate for the purpose of the adanim of the Mishkan, which are the material base, the receptacle for the Mishkan, the foundation of the building. This corresponds to the physical matter, the foundation of the body, the receptacle for the soul. The donation for the sacrifices, "to atone for your souls," corresponds to their sin in thought. (Ramban) Thus, since the body and soul of each person is the same, therefore, each one brought a half-shekel. However, corresponding to their sin with wealth, each one offered based on his bigheartedness for the building of the Mishkan, just as each one gave for the formation of the calf according to his bigheartedness.

May it be G-d's will that we will soon merit offering our shekalim for the service of the Temple. 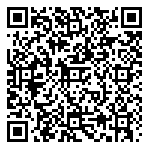 Faith, Redemption and the Resurrection of the Dead
הרב צבי בירנבאום
E K