The dominant story of Vayishlach’s first half is Yaakov’s preparation for his encounter with Esav. In addition to davening and preparing for war, Yaakov sends Esav a lavish gift. Beginning in 32:14, that gift is consistently referred to as a “mincha.” However, at the very end of the story, when Yaakov finally prevails upon Esav to accept his gift, Yaakov adopts a new term - “kach na et birchati asher huvat lach ki chanani Elokim vechi yesh li kol.”

How is “birchati”- my blessing- a synonym for gift? And what is the relationship between the two halves of the pasuk?

Ramban (33:11) explains that mincha is a neutral term that could refer to a gift of any kind, while bracha carries a more specific connotation:

“A mincha that one sends of his own will is called a bracha, for [the giver] sends it from that with which Hashem has blessed him. As it says (referring to the mitzva of haanakat eved ivri) ‘asher beirachecha Hashem Elokecha titen lo’ … and a mincha that is due to a king is called a mas [tax].”

What distinguishes a bracha from an ordinary gift, says Ramban, is the giver’s internal motivation to give. It is the polar opposite of a tax which is imposed by an external force, the fiat of a king. A bracha is never given out of a sense of obligation or indebtedness.

This qualitative difference between an obligatory payment and a bracha manifests in the quantity one gives as well. When a payment is imposed, one seeks out the absolute minimum amount necessary to discharge his obligation. However, when one is self-motivated to give a gift, the amount is limited only by his means, not by his desire.

Ramban uses haanakat eved ivri (the parting gift due to an eved ivri upon the completion of his servitude)  as a model of bracha, and indeed we find in Kiddushin 17b that haanaka is halachically unique in this regard. How so? While the mitzva of haanaka carries a minimum amount necessary to discharge one’s obligation, the gemara derives from “asher beirachecha,” that there is a mitzva for the master to give extra in accordance with his means.

What is the connection between a gift being voluntary and its emerging from the blessing of Hashem? Are these two aspects of a gift necessarily correlated? Presumably, one could choose of his own volition to share a gift with another even if one’s attitude is that his material wealth is entirely a product of his own genius and skill.

In truth, however, motivation alone is insufficient to elevate a gift to the special status of bracha. If one’s perspective is that his material wealth is his own, then any amount that is shared with another perforce must diminish his own account. With all the generosity of spirit that drives one to give, there is still an accompanying sense of loss. However, when Yaakov says “yesh li kol,” when one internalizes that Hashem’s blessing is the source of all that he has and all that he needs, sharing that blessing with another does not diminish the account. Like a flame being passed from one candle to another, kol is a qualitative perspective which doesn’t change based on the quantity of sheep in Yaakov’s herd.

It is impossible to give a bracha to another person unless one feels that all he has is from the bracha of Hashem. Yaakov Avinu is our role model in this regard as well, as he is able to say “asher chanani Elokim” at the same time that we know just how hard Yaakov worked to amass his great herd of livestock.

The lesson of Yaakov Avinu is relevant not only to our material possessions, but to every resource we enjoy. A person could share his possessions, time or talents with others, but if he has a zero-sum perspective then it will remain a mincha. But we are all capable of turning a mincha into a bracha. When we live with the awareness that everything we have- even those things for which we worked so hard- is truly undeserved and is only ours by the grace of Hashem, then we will be able to, in turn, hand those over to another and partner with Hashem in spreading his bracha.


Thank you to my dear talmid Pinchas Hirschprung and to my wife for their assistance with this dvar Torah. 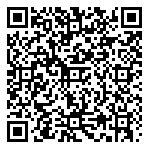