The story of Dina is the first account in the Torah of an episode in which non-Jews damaged the kedusha of Yisrael, and it must be understood with the mindset that Sefer Bereishit is intended as a source of guidance for all generations.

Sarah Imenu was taken from Avraham twice, but nothing happened to her either time. Her descendants were similarly threatened by the Mitzri’im. Chazal teach that when Pharaoh decreed that “every male child shall be thrown into the river, and every female child you should let live,” his intent was to control and connect to Am Yisrael by creating a situation in which it would be necessary for the Jewish women to marry Egyptians, such that the Egyptians would benefit from the status of Bnei Yisrael without having to adopt their spiritual form. However, Hashem later attested that the Mitzri’im failed in this attempt to control the Shivtei Kah – only one woman, Shlomit bat Divri, was contaminated, and she is mentioned by name – and Bnei Yisrael thus maintained their independence.

Yitzchak expressed concern that the Pelishtim would take his wife, but in the end they did not touch her. This hints to the fact that in the future, his descendants would suffer from certain fears in galut that turn out to be baseless. In the case of Yaakov, in contrast, we do not find that he had any concerns in this regard, and nothing comparable happened to his wives.

What can explain the difference between the experiences of the avot? The sefer Magid LeBnei Yisrael explains that Avraham was involved and connected to the people of the nations, and they therefore exerted control over him. Nevertheless, his holiness and spiritual essence were so powerful – placing him on the “opposite side of the river” from everyone else – that even though his wife fell into their hands, she emerged unharmed and was not lost among them. Similarly, despite the subjugation of Avraham’s descendants, they are not harmed when they preserve their essence and identity. Yitzchak lived a more isolated life than Avraham, and he therefore only experienced the fear that something would happen. And Yaakov, who lived completely apart from the other nations, preserved his essence entirely; the nations therefore had no control over him or his family.

Dina, however, blurred the lines. As Chazal teach, she went out to interact with the daughters of the people of the land, thereby breaking down the barriers that separated between her family and theirs and creating the possibility that the nations could rule over her. Indeed, in future generations, when Bnei Yisrael became culturally connected to the non-Jews during the time of the Greeks, “their hands were stretched out over their money and their daughters” (Rambam, Hilchot Chanuka).

The solution that Shechem and Chamor offered for the predicament was complete assimilation of Bnei Yisrael, the complete nullification of all of the barriers separating between the sons of Yaakov and the people of Shechem, such that each side would bring something to the partnership. The idea was that the damage that the sons of Yaakov perceived would result – the erosion of their uniqueness – would be overpowered by the fact that they would become partners. The people of Shechem would agree to have a brit mila, and Bnei Yisrael would agree to assimilate. This experience is also prevalent in the history of Am Yisrael, as we often witness the attempt to divest Bnei Yisrael of their unique spiritual status.

But there is an additional stage between the initial rape of Dina and the suggestion made by Shechem and Chamor. The pasuk describes, “His soul cleaved to the daughter of Yaakov, and he loved the girl and spoke to her heart.” When Shechem originally saw Dina, he desired her because of her beauty. Like all those who are ruled by their desires, he did not see the other person in the story; the only thing Shechem considered was the fulfillment of his needs. However, when he got to know Dina, he recognized her as a person. For this reason, she is referred to as “the daughter of Yaakov” and the concept of “love” appears for the first time. The desire to only receive is referred to as “cheshek,” whereas “ahava” implies giving to someone else. (Thus, the pasuk states, “He desired (chashak) only your fathers, to love (le’ahava) them” – the love referring to Hashem’s giving to them and raising them to be his nation.) Shechem now recognized Dina’s greatness, and he wanted to take her as his wife – not only to take from her, but also to create a true connection with her. It is possible that he further intended to connect to her spiritual level.

Chamor, who was unaware of the change that his son had undergone (and therefore was not troubled by the act at all), speaks of a girl whom Shechem desired, such that there was no need to make a big deal about the matter. Shechem, in contrast, speaks gently about dowries and payments. No matter how we explain the ancient practice of the ketuva, it is clear that this was intended to respect Dina and to create a more serious relationship. This, too, was a threat to the barrier between Yisrael and the nations.

The reaction of Shimon and Levi parallels that of the Maccabim to the threat posed by the Greeks, and it is not coincidence that the Chashmonaim were Kohanim, the descendants of Levi. In every era, the Kohanim are the ones who fight to preserve the purity of Yisrael. (This is noted explicitly by Yechezkel [44:15]: “The Kohanim the Levi’im, who guarded my Mikdash when Bnei Yisrael went astray from me…”)

Shimon and Levi were partners in their zealotry. Both removed themselves from the group, in that they did not ask Yaakov regarding their plan. In response, both were set apart from the others, in that neither has a set portion in Eretz Yisrael: “I will divide them among Yaakov and scatter them among Yisrael.”

However, the Shimon and Levi developed differently over the course of history. Levi continued to rise, becoming sanctified to serve in the Mikdash. Even their involvement in Korach’s rebellion was rooted in their aspiration for holiness. In contrast, we find that the shevet of Shimon stumbled in the sin of Zimri. Indeed, it is particularly striking that it was the very matter that led to Shimon’s original outrage and zealotry that eventually led to Shimon’s sin.

The Netziv explains that although both Shimon and Levi responded to the story of Dina with anger, the reasons for their response were different. Levi was concerned about the impact on kavod shamayim, whereas Shimon was concerned for the kavod of Yaakov’s family. Thus, in future generations, Shimon’s descendants did not join those of Levi.

Similarly, we find two disparate achievements of the Chashmona’im – the revival of the malchut and the kahuna. Although it is unclear how reliable Sefer Makkabim is, that source also describes a dispute among the Kohanim regarding whether to be satisfied with the fact that the avoda had been reinstated or to keep fighting, and we find elsewhere that these were goals of two different groups during the rebellion. Indeed, Chazal expressed reservations about the military accomplishments of the Chashmona’im (see the comments of the Abarbanel on the pasuk, “Remove the soiled garments”), emphasizing instead the miracle surrounding the return of the avoda and the Shechina to the Mikdash. 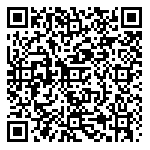