We will continue with the theme of dikduk hadin (exactitude of Divine judgment), with a special emphasis on the issue of "noseh be'ol im chaveiro" (empathizing with others), i.e. taking an interest in another person's situation. While in one sense noseh be'ol is less helpful than classical chesed, in that chesed involves actions and actual help, on the other hand, all of chesed is based on paying attention to the needs of others. Even if one can do only a little, or even nothing, to help the other person, still, paying attention to his circumstances is itself an aspect of chesed. Thus, the act of giving is a result of noseh be'ol, and paying attention to others is the basis of achdut. This idea is especially important in our times when large numbers of Jews are living in danger, and even within the Yeshiva there are those in need who can benefit from an expression of concern. We will see how exact the dikduk hadin is in this issue of noseh be'ol.

For twenty-two years Yosef's brothers live with the conscience of having sold Yosef. When Yosef acts foreign and harsh to them, they immediately remark, "Indeed we are guilty concerning our brother inasmuch as we saw his heartfelt anguish when he pleaded with us and we paid no heed; that is why this anguish has come upon us." (Bereishit 42:21) They confess only about their cruelty towards Yosef, not about the sale itself. The Ramban, indeed, writes that they saw the cruelty as a greater sin than the sale. [Rashi, however, seems not to learn this way, but rather over the sin of stealing and selling him.] The Torah also never indicates that the brothers sinned in selling him. Chazal explain that the brothers judged Yosef to be a rodef and justly deserving of death. If so, what are they lamenting that they did not hear his pleas, as they would have gotten rid of him anyway? Rather, that they acted harsh and didn't ear his pleas. They might have sold him anyway, as they thought proper, but would have done it slightly differently, or at least with different attitude. Thus, they attributed the trouble, which they encountered -- which to them was a grave threat, since they do not know that the man is Yosef and all will work out well -- to the lack of being noseh be'ol.

In Parshat Shemot, we find same idea regarding Iyov. Chazal teach (Sotah 11a) that three advisers sat with Pharaoh when he formed his plan against Bnei Yisrael. Balaam, who advised, was killed; Iyov, who was silent, was punished with affliction; Yitro, who ran away [in protest] merited that his descendents sat in the Lishkat Hagazit. We see that Iyov, even though he abstained, was punished with such severe affliction. When something hurts, people do not remain silent, but scream out. If Iyov could remain silent, he did not sufficiently care about the plight of Bnei Yisrael. Conversely, even though Yitro's protest did not accomplish anything, since he showed proper empathy -- he was rewarded.

The Gemara (Sotah 9b) relates that because Miriam waited with Moshe for one moment, all of Yisrael waited for her when she was afflicted with tzaraat. If we calculate the number of people in the camp, there were millions, and yet all waited for her. It is not even clear that Miriam waited for any specific purpose, but just to see what would happen to Moshe, perhaps even out of curiosity. Yet, there was aspect of noseh be'ol, not to leave her brother alone, and so she received great reward.

Similarly, Batya, Pharaoh's daughter, was rewarded in that the name "Moshe" that she gave the child was maintained (despite the fact that Moshe had seven names), and even G-d himself used this name. Other midrashim teach that Batya entered Gan Eden alive! Yet, when she saved Moshe, she had no idea of his destiny. She just saw a Jewish child, "and she took pity on him." She was noseh be'ol on a crying baby; she did what Yosef's brothers didn't do.

Similarly, Moshe grows older and goes out to see the suffering of his brethren. Rashi writes, "[He] observed their burdens: He put his eyes and his mind to bear with them." Of course, he ended up helping them in tangible ways too, but the main point was to bear with his brethren. Moshe was noseh be'ol even though he did not grow up as Jew, but was raised as Egyptian, dressed like an Egyptian and spoke like one, as Yitro's daughters said, "An Egyptian saved us."

This trait of noseh be'ol seems to be reflected in G-d's opening words to Moshe at the burning bush, "I have indeed seen the affliction of My people that is in Egypt and I have heard its outcry ... for I have known of its sufferings." (Shemot 3:7) G-d is noseh be'ol. He sees the suffering of Bnei Yisrael and feels it, as it were, even though He Himself brought it upon them for whatever reasons He decreed so. This empathy of Hashem that he stresses to Moshe seems to be a reflection of Moshe's own concern.

In general, the idea of hearing a cry is very important, as we find in Parshat Mishpatim, "If you dare to cause him [the ger] pain...! For if he shall cry out to Me, I shall surely hear his outcry." (Shemot 22:21) The Mechilta comments that G-d is quicker to punish when hearing the cry. What difference should the outcry make? After all, G-d knows the exact degree of abuse! Nonetheless, the Torah teaches us that G-d pays special attention to a cry. Crying out does not have to be in sound, it can also be silently. Some people have great threshold of suffering, and some express their pain in quiet way. (Sometimes a fellow talmid comes to ask to learn chevruta together, or to talk about a problem with roommate. This request can be the greatest cry, even if said quietly. Just to smile and listen and to take an interest is great a chesed, even if you cannot help in practice. Give a piece of heart!)

When Yitro invited Moshe to his house to eat, he likely had ulterior motives, as Rashi writes, "Perhaps he will marry one of you." Even so, his descendents merited to sit in the Lishkat Hagazit. In addition, when Shaul was prepared to attack Amalek, he warned the Keni to go away from Amalek, in return for the kindness that Yitro did to Moshe hundreds of years earlier. In doing so, he jeopardized Israel and gave up the tactical advantage of surprise. "One who opens his house to his friend -- he owes him his life." (Shemot Rabbah)

At the end of Parshat Shemot, we read about the "shotrim" who were beaten when Bnei Yisrael fell short of the quota of bricks. Rashi explains that they had compassion on their brothers and would not oppress them overly. In reward for being noseh be'ol they merited to become the seventy elders. "The foremen of Bnei Yisrael saw them in distress" (5:19) -- they saw the suffering of the brothers. When a person sees that someone else shares in his suffering, it makes him feel better.

"Noseh be'ol im chaveiro" is not limited to suffering; the same is true about sharing in someone else's joy. People want others to share in their simcha. "[Aharon] is going out to meet you and when he sees you he will rejoice in his heart." (4:14) The Midrash in Ruth "criticizes" Aharon that had he known that the Torah would record this, he would have done even more -- he would have gone out to greet Moshe with drums! [Some explain, homiletically, that Aharon was in such joy and would have wanted to go meet Moshe with drums, but didn't want to publicize the issue. Had he known that the Torah was going to publicize his joy anyway, though, he would have no reason to restrain himself.] In any case, Moshe noticed the joy of Aharon that he was coming to greet him and appreciated it.

"Because of Kamtza and Bar Kamtza Yerushalayim was destroyed." (Gittin 55b) What do Chazal want from Kamtza? The Baalei Musser explain that besides the host's anger that his enemy Bar Kamtza was there, he was also upset that his friend Kamtza was not there. Had Kamtza come to share in the joy, despite not being invited, the host probably would not have acted to callously to Bar Kamtza. Thus, Kamtza is partly to blame for the destruction for not being properly noseh be'ol in his friend's joy.

"Look to the right and see that I have no friend." (Tehillim 142:5) Just like when someone is holding a heavy package you must give a hand, so too if he is carrying a heavy emotional burden you must be empathic and be noseh be'ol. 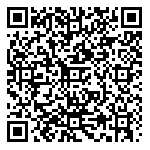