Their Journeys and Goings Forth

Their Journeys and Goings Forth

I led you for forty years in the wilderness." (Devarim 29:4) Hashem said to Am Yisrael: Did I treat you like [you were in] a wilderness? Normally, a king of flesh and blood who journeys into the desert – does he find there quail or food or drink just as he finds it in his palace? And you  were slaves in Egypt, and I took you out from there, and laid you under clouds of glory, and appointed for you three redeemers to serve you: Moshe, Aharon and Miriam. Normally, a person who is hosting a guest, on the first day he slaughters a calf for him, on the second day – fowl, on the third – legumes, and on the fourth he continues lessening. The first day is unlike the fourth. Is it possible that Hashem is also like this? Therefore, it says: "This forty year period Hashem, your G-d was with you." (Devarim 2:7) The last day was like the first one.

According to this Midrash it is possible to understand why the Torah detailed the forty-two journeys that were in the desert. The Torah wanted to show Hashem's guidance of Am Yisrael, that He did not leave them during any phase of the journey. "This forty year period Hashem, your G-d was with you" The first day was the same as the last. When we observe each and every journey, we can see Hashem's grace and the obvious miracles that he did for Am Yisrael until they arrived at the cherished land.

This is the secret of the existence of Am Yisrael throughout history. Am Yisrael is a nation that was persecuted throughout the world, a nation whose children were murdered and slaughtered while sanctifying Hashem's name, a nation who has fought for the right to exist even until this very day. While other nations have disappeared from history, Am Yisrael is alive, and all these years it expects and waits for the redemption and the construction of the Temple. Neither suffering nor calamity will prevent it from fulfilling its destiny.

Why is all this? There are three things that give Am Yisrael its strength: a) The nation's origins b) Their destiny c) "According to the word of Hashem would they journey." (Bamidbar 9:20)

Am Yisrael's origins can be traced back to the holy patriarchs, which planted in Am Yisrael a strong foundation as Bilaam said: "For from its origins do I see it rock-like, and from hills do I see it." (Bamidbar 23:9) Rashi there comments: "I see at their beginning that they are strong as rock and hills, which are the patriarchs and matriarchs" .

The second thing is Am Yisrael's "destiny," to arrive at the Promised Land - Eretz Yisrael, and to build the Temple in order to allow the Shechina to dwell on earth.

The origins, destiny and path "according to the word of Hashem" are what gave Am Yisrael the faith and the strength to withstand all their journeys during all their exiles in all the different periods.

Today also, when we are settling Eretz Yisrael, we need to know that the secret of the success behind our existence here depends on our origins and our destiny. After all the journeys we need to know that the vision and the destiny is to create here a state of Torah. Not just a state that serves as a material home for Am Yisrael, but also as a spiritual place for worshipping Hashem. Only then will we be able to fulfill the destiny and be entitled to the redemption of: "Lead us with upright pride to our land" For it is written: "With their own eyes they will see that Hashem returns to Zion. Burst out, sing glad song in unison, O ruins of Jerusalem." (Yeshayahu 52:8-9) 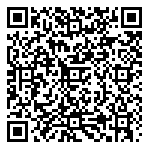