The Source of Holiness

"You shall be holy, for holy am I, Hashem your G-d." (Vayikra 19:2) Why does the fact that G-d is holy require us, too, to be holy? The concept of holiness is something so abstract and lofty, so how is it possible to command this? Furthermore, in Torat Kohanim it says, "You shall be holy -- be separate (or abstinent); be holy." What is the meaning of this redundancy?

In addition, the Zohar writes:

Here, too, the question can be asked, if the idea of holiness is separation, can't the other nations also abstain from illicit relationships and the like?

A superficial view would say that the difference between Israel and the other nations of the world is that the other nations have only seven mitzvot, whereas Israel was commanded with 613. This outlook, though, is completely wrong. The idea expressed in the pesukim, "You shall be to Me the most beloved treasure of all peoples" (Shemot 19:5), and, "I have separated you from the peoples to be Mine" (Vayikra 20:26), is a separation that begins with the soul itself, not with free choice.

R. Yehuda Halevi writes in the Kuzari about the prayer, "Ahava raba ahavtanu" ("You have loved us greatly"): "We are required to believe that the beginning [of Bnei Yisrael's selection] is from Him, and not from us." The Divine choice of Israel should not be seen as the arbitrary selection of Israel from among the other nations, but rather as something predestined from creation. "This people which I created for Myself that they might declare My praise." (Yeshaya 43:21)

Tosfot, as well, writes this in Masechet Avoda Zara (5a). The Gemara there suggests that had Israel not sinned with the golden calf, they would not have returned after the Revelation of Har Sinai to their wives. The Gemara then asks, "But the [Messiah] son of David will not come until all the souls are depleted from the "guf"?! (Rashi explains that there is a kind of storehouse which is called "guf," and at the time of creation, all the souls that were destined to be born were formed and placed there.) Tosfot asks on this, that the non-Jews could deplete the collection of souls, since they would still procreate? R. Elchanan answers that the souls of Jews and the souls of non-Jews are not in the same "guf." They are two treasures, because they are two kinds of souls.

All of the ensuing distinctions in action and behavior are results of this distinction of the souls. Even Sefer Hachinuch, who repeats many times the principle that the mind is drawn after actions, does not mean to say that the actions form the mind, but rather that actions reveal what is already inherent in the soul. As proof, he himself explains in the mitzvah of milah that G-d wanted to instill in our bodies a sign, so that we will be separated from the nations in body just as we are separated from them in soul, because their source is not the same. The circumcision of the body just expresses the predetermined circumcision of the soul.

Holiness is something inherent in Israel. "I am holy," and since "You cling to G-d," we already have this trait in common. A person's obligation is only in action, to reveal the holiness.

This is what is says in Torat Kohanim, "Be separate (abstinent); be holy." If you will be abstinent, you will automatically be holy. Similarly the Zohar points out that it does not say, "Be holy!" (as a command), but rather, "You shall be holy." This is a promise that you will certainly be holy. This is the meaning of the earlier Zohar, that only you cling to G-d, and thus, only you have this quality in potential, and therefore actions have impact. This is not the case regarding a non-Jew who abstains from illicit relations -- he will not reach the level of holiness, since he is lacking in potential. The Ramchal writes in Mesilat Yesharim, "Holiness begins with effort and ends with a gift."

This is what it says in the end of the parsha, "You shall be holy for Me, for I Hashem am holy; and I have separated you from the people to be Mine." (Vayikra 20:26) Through the separation you became Mine, and through this you will be holy.

Learning Torah and fulfilling mitzvot, which is done in a private manner, detached from the klal, does not bring one to holiness. The Rambam writes that one who separates himself from the klal has no share in the world to come, "even though he does not transgress, just that he separates from the community of Israel and does not do mitzvot with them, does not share in their troubles, and does not take part in their fasts, but goes along his way like one of the nations of the land, as if he is not one of them." (Hil. Teshuva 3:11)

Therefore, Parshat Kedoshim was read at Hakhel, before all of Israel. So, too, an individual does not say "Kedusha." Similarly, Parshat Kedoshim is identified by the many social mitzvot in it, first and foremost, "You shall love your neighbor as yourself," which R. Akiva considered the greatest general rule of the Torah. 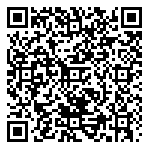