Mosquito or Man - Who was Created First?

animals, concluding with, "This is the law of the animal, the bird, etc."

(Vayikra 11:46) The laws of the defilement of humans, however, are postponed

until our parsha, Parshat Tazria. Chazal comment on this (Vayikra Rabbah

"Achor (later) and kedem (earlier) You have formed me."

Creation." If not, he is told, "A mosquito preceded you; a worm preceded

When a person is worthy and he is told, "You came first!," does this change

the objective fact that man was, in fact, the final act of creation, and

that a mosquito preceded him?!

We can explain this based on a passage in Masechet Yevamot (66b):

The story is told of R. Yochanan b. Zakai who was walking outside of

Yerushalayim, and saw the daughter of Nakdimon b. Gurion (who was extremely

wealthy) collecting barley from among the animal wastes of the Arabs. He

said: "Ashreichem Yisrael! (How fortunate are you, Israel!) When you

do G-d's will, no nation or tongue can rule over you. When you do not do

G-d's will, He delivers you into the hands of a lowly nation. Not only into

The Maharal asks on this: We can understand, "Ashreichem Yisrael!" when they

disgraceful to them, whereas R. Yochanan b. Zakai's comment, "Ashreichem

Yisrael," seems to apply also to their state when they do not do G-d's will!

their great inherent worth. The greater something is, the deeper it might

crash. When a plant is detached from the source of its growth, it becomes

worse than something inanimate, and it withers. An animal is even worse than

a plant, and it becomes a carcass that rots and stinks. The same is true for

levels of tumah. A plant, which has no inherent tumah, is unlike an animal,

which defiles upon death. An animal, which has a low level of defilement, is

unlike the tumah of a person, which is severe and requires seven days of

purification. The tumah of a non-Jew is unlike that of a Jew, who defiles

also under a tent.

So, too, regarding the defilement of the soul. The greater something is, the

greater its spiritual defilement is. Therefore, a Jew rises up to the sky,

but when he spoils his path and falls, he is worse than a person from the

"Ashreichem Yisrael!," because the sight of their great decline demonstrates

the great level that Israel can reach.

A person's body was, indeed, created last of all the creatures, but

his soul precedes all of creation. At the beginning of Creation, we

read, "The Divine Presence hovered upon the surface of the waters."

(Bereishit 1:2) Man's soul is a part of this Divine Presence, as it says,

Thus, the issue now depends on man's choice. If man succeeds, he establishes

his soul sovereign over his body, and from the perspective of his soul, he

precedes all of Creation. If he fails, however, his body rules his soul, and

then he is worse than all of the other creatures, and he is the last of all

Therefore, the sacrifices of man, which come to purify his soul, are written

first in Sefer Vayikra, while the laws of his defilement, which are for his

body, come at the end, after the laws of the animals and birds.

Telling a person, "A mosquito preceded you," is not simply giving him

information, but rather notifying the person that he has failed and lowered

himself below the level of an animal. On the other hand, when a person

succeeds in his mission, he places himself on the highest level, first among

all of Creation. "A path of life [lies] above for the intelligent one, so

that his soul will turn away from the grave below." (Mishlei 15:24) The Gra

explains that there is no neutral state; man must always be rising above,

but if he stands in his place, he turns down. 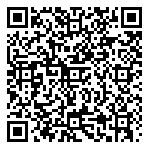