Hashem spoke to Moshe, saying: "Speak to Bnei Yisrael, saying (leimor): 'When a woman conceives and gives birth to a male, she shall be contaminated for a seven day period."

The Or Hachaim writes about the seeming repetition of the word 'saying' (leimor):

This can be explained based on what is written in Sifri: "Bnei Yisrael are [included] in this matter (defilement of birth), whereas gentiles are not in this matter." Therefore, it says 'leimor,' which implies distinction (imrut) and elevation. The stipulation that it applies to Bnei Yisrael and not to gentiles is due to their virtue and respect, that Hashem distinguished His nation.

In a similar vein, Rashi explains the pasuk: "Hashem he'emircha today'' (Devarim 26:18) – It seems that this means separation and segregation, that he segregated them to Him from the nations of the land to be His treasured people. Alternatively, it implies splendor, as it says, "They glorify themselves (yitamru), all doers of evil." (Tehillim 94:4)

Yet, we still need to understand why the Torah mentions this praise of Am Yisrael in a passage about the defilement of birth and of the metzora. After all, impurity is a humble status, not an elevated one.

Rather, lowliness and elevation are connected to each other. Only one who cannot be elevated is unable to be humbled, as R. Yachanan b. Zakai said: "Blessed are you Israel! When you ascend, you ascend up to heaven; when you descend, you descend down to the dust." Precisely because they have the ability to ascend so high, every injury brings them down. Just as their elevation is higher than other nations, so, too, their fall is greater. For this reason, when R. Yochanan b. Zakai saw the decline of Israel, he said, "Fortunate are you, Israel!" – Their great fall indicates their potential for elevation.

The Kuzari (III:49) also writes about this: "Impurity and holiness are two things that always stand opposite each other. One can only be found when the other is found, and where there is no holiness there is no impurity."

He explains elsewhere (II:60-64) why when refuse leaves the body it doesn't cause impurity, whereas the zav and seminal emission are impure. It is because impurity is an expression of lack of life. The more something has the value of life, the greater its absence is. Hence, its expression of this absence – the impurity – is greater. Thus, we find in halacha differences between laws of defilement to the corpse of a Jew and to that of a gentile. There are also differences between defilement to the carcass of an animal and to that of a rodent.

For this reason, the removal of spirituality and vitality from something leave a mark of impurity. The seed that was worthy of being the source of life, when it is lost leaves an impression of impurity. This is also the case with a mother who gives birth, when the infant leaves her body, and of tzara'at of houses, when the Divine Presence leaves them. Bodily refuse, on the other hand, which has no potential for holiness, leaves no marks of impurity. Thus, Kuzari concludes regarding the impurity of zav and keri, "Because of the minimal nature of this loss, it and those similar to it are only felt to those who possess a pure soul, and the elevated souls that hope to cling to Heaven." Therefore, this form of impurity only applies to Am Yisrael, not to gentiles.

Rav Natan Ra'anan zt"l, the son-in-law of Rav Kook zt"l, adds to this based on the Gemara in Sanhedrin (91b), which asks: It says, "[Hashem] will eliminate death forever" (Yeshaya 25:8), yet it says, "for the youth of one hundred years will die." (65:20) The Gemara answers: The first pasuk is talking about Jews, whereas the second about non-Jews.

This is because [the notion of] death is a defect and imperfection [only] in Israel ... The pasuk (25:8) says, "He will remove the shame of His nation" – His nation, specifically. Death is a shame for Israel...

The secret of the red heifer – the purification of death – is the nullification of the expression of imperfection. The meaning of this secret is reserved only for those who are wholesome, as it says in Chukat: To you [Moshe] I reveal this reason of the heifer, but for others it remains a decree. "You have made him [Moshe] but slightly less than the angels."

Whereas regarding Shlomo, even though, "He was wiser that any person" – even from Heiman – this is Moshe, even so [Shlomo writes in Kohelet], "I thought I could become wise, but it is beyond me" – this is the heifer. It is because this is not dependent on wisdom, but on wholesomeness.

The reason of the heifer was revealed only to Moshe, but to all of Israel, I decreed a statute, and you have no right to be skeptical about it.

For further elaboration on the unique status of Israel,see: "The Uniqueness of the Jewish People." 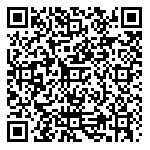