On His Wedding Day and His Joyous Day

The Divine Presence descended to the world twice. The first was on Mt. Sinai when the Torah was given, as it says, "G-d descended on Mt. Sinai, to the top of the mountain." (Shemot 19:20) The second time was on the eighth day of the dedication of the Mishkan, as it says: "The Cloud covered the Tent of Meeting, and the Glory of Hashem filled the Mishkan." (40:34)

At Mt. Sinai G-d descended temporarily, whereas in the Mishkan the Presence descended eternally. From the Mishkan, the Presence moved on to Shiloh, and then to Nov and Givon, until the Temple. Thus, Chazal comment: "On His wedding day" – this is matan Torah (Eicha Rabbati, Petichta), because here the initial bond was formed, similar to the chupah on the wedding day. "And on His joyous day" – this is the building of the Temple (ibid.), which is something permanent and eternal.

This is the climax that Am Yisrael can achieve – the connection of heaven and earth and drawing the upper holiness down, which is expressed through offering sacrifices. The Midrash (Shir Hashirim Rabbah ch. 3) describes this connection:

What overwhelmed R. Shimon b. Yohai so much that he kissed R. Elazar on his head? Apparently, in this Midrash there are great and lofty ideas that require explanation. In the nation's history there were three stages of Am Yisrael's relationship with G-d. In the beginning of the formation of the nation, G-d's relationship was with the patriarchs, as expounded on the verse: "forget your people and your father's house" – this is Avraham Avinu, as it was said to him: "Go for yourself from your land, from your relatives, and from your father's house." (Bereishit 12:1) Avraham was commanded to leave his nation and his family, who were idol-worshippers, and G-d drew him close as a daughter. The relationship of daughter is one of recipient. Am Yisrael were recipients from G-d, but did not give anything, for they did not fulfill yet Torah and mitzvot.

However, the final and highest stage is: "He loved them even more until he called them, "My mother." Am Yisrael were made, as it were, a mother, who crowns G-d. This refers to the building of the Mishkan. Here, the nature of Am Yisrael is that of giving, as it were, to G-d. This accomplishes the full connection between heaven and earth. Am Yisrael bring the Presence down, and thereby G-d is made King of the Universe. Am Yisrael demonstrate G-d's reign on earth. This is, "with the crown which his mother crowned him on His wedding day and on His joyous day" – Am Yisrael is considered, as it were, a mother who places a crown on the King of the Universe and reveals His Presence in the world. This is the highest level that Am Yisrael can achieve.

This is what Yeshaya says, "Pay attention to Me, My people, give ear to Me, My nation; for instruction will come forth from Me and My judgment will be light for peoples, to whom I will give rest." Through the Torah of Am Yisrael, the light of G-d's justice reaches the nation, and therefore the Mishkan is considered, "His joyous day" – there is a marriage relationship between G-d and Am Yisrael. When R. Shimon b. Yohai hears this, he went beyond himself and kissed R. Elazar on his head and said to him: "Had I come only to hear this explanation from you would have been enough." 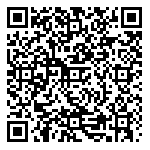