The tribes of Israel are often called “matot” throughout Tanach. Indeed, an entire parasha (our current one) is entitled “Matot.” What is the significance of this designation? We will attempt to propose an understanding by way of pshat as well as to find the message that arises from it for the life of Am Yisrael.


“Mateh” is a synonym for the word “shevet.” We see from many pesukim in Tanach that “shevet” is a branch of a tree. For example, Shmuel Bet (23:21) discusses the bravery of Benayahu ben Yehoyada:


Targum Yonatan translates “shevet” there as stick. The stick that Benayahu was holding was not strong enough to kill the Egyptian. It is possible that it was a young branch that could be used as a whip but was not lethal. This type of branch/whip is mentioned in Mishlei (26:3) where it says, “A whip for the horse, a bridle for the donkey, and a stick (shevet) for the back of fools.” We thus see that the “shevatim” are the “branches” of Israel. Moreover, within the term “shevet” is the connotation that each is a single branch of the large trunk that is called Israel.


We see that the young and supple “shevet” ultimately transforms into a mature and mighty “mateh.” The “mateh” is a symbol of prominence. It is found in the hands of esteemed individuals, while the “shevet” is used as a whip against rebels. We see this illustrated in Yechezkel (19:10-11):


“You are like one whose mother was a vine, planted beside waters, fruitful and filled with branches from abundant waters. She had mighty rods (matot) for scepters of rulers and its height was above that of all the leafy trees. It was visible by its height, the abundance of its boughs.”


This is likely also the meaning of the passuk in Tehillim (23:4): “Even though I walk through the valley of the shadow of death, I will not fear evil for You are with me, Your stick (shevet) and Your staff (mishenet) comfort me.”

The poet sees HaKadosh Baruch Hu as a mighty king. He holds a stick (shevet) to strike the evildoers as well as a staff (mishenet/mateh) to express his status and upon which he who walks in the valley of the shadow of death may lean.


We see that the shevatim are the young branches that emerge from the trunk of grandfather Israel and transform into matot possessing independent prominence and strength.


We may now turn to our parasha. The heads of the shevatim are indeed the heads of matot. They possess the staff which embodies their ability and authority to lead their flock. They are responsible for leading their tribes to war, apportioning the land, and also the individual avodat Hashem of each person in the shevet, such as described in their responsibility over individual oaths.


These staff-holders may learn a great lesson from the first leader of the Jewish people – Moshe. When Hashem sought to place the leadership and charge for redemption from Egypt on his shoulders, he refused. He claimed, “They will not believe me, nor will they listen to my voice, for they will say – Hashem did not appear to you.” (Shemot 4:1) At that very moment, Hashem commands Moshe to throw his staff upon the ground:


A leader must believe in his congregation with complete faith. A leader who exhibits such trust will find that the people will believe in him, in his mission, and in his ability to carry it out. A leader must have faith in each and every individual, bar none, and that is why Moshe was commanded to grasp the snake by its tail (symbolizing the lowest of the nation) and to transform it back into a staff:


“Hashem said to Moshe, send forth your hand and grasp its tail, so Moshe sent forth his hand and grasped it, and it became a staff in his palm.”


Each individual who learns Torah carries with him a staff, a leadership role among the Jewish people. We should never loosen our grip on this staff for lack of faith in the people or in ourselves to sanctify the name of Hashem. We are messengers of Hashem and his stick and staff (shivto u’mishanto) lead us in all of our ways. 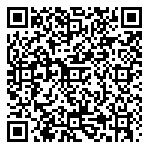