The Golden Calf, Peor, and Tammuz

The Golden Calf, Peor, and Tammuz

Listen to this sicha in hebrew in Real Audio

Cheit ha'egel (the sin of the golden calf) and the subsequent breaking of the Luchot are the most severe of the tragedies that occurred on 17 Tammuz. We would like to discuss the nature of cheit haegel, and will focus on the question, why did Aharon make specifically the form of a calf and not something like the sun or moon?

1. Rashi explains that Aharon merely intended to delay Bnei Yisrael until Moshe returned by telling them to bring gold, in the hope that they would be hesitant to do so. It was actually the "erev rav" or Micha who formed the calf by throwing in a metal plate on which Moshe had written, "Arise ox!" to draw Yosef's coffin from the Nile. However, it says explicitly in the pasuk, "He [Aharon] fashioned into a molten calf."

2. R. Avraham, son of the Rambam, says that since Bnei Yisrael left Egypt in the month of Nisan, whose constellation is Aries (in Hebrew -- taleh), Aharon specifically made the form of a calf to remind Bnei Yisrael of Yetziat Mitzrayim in the hope that they would recant.

3. R. S.R. Hirsch explains that Aharon did not want to choose something that represented authority, such as the sun or the moon, since that would give it credence as a deity. Rather, he chose the form of a calf, which is a species which serves man, and the lowliest form of that species.

4. The Netziv asks, why does Hashem need to command, "gods of silver and gods of gold you shall not make for yourselves" (Shemot 20:19) immediately after prohibiting idolatry in the Ten Commandments? Rashi learns that this pasuk teaches about the cheruvim (which we are commanded about in Parshat Teruma), that we must construct them exactly as ordered, otherwise they will be considered as idols. The Netziv, however, explains that the Torah is not talking here about idolatry (gods), but rather about intermediaries (powers). Common practice is that a king appoints a hierarchy of representatives and officers under him. The Netziv writes: There is a need for a lower Moshe (moon) and a higher Moshe (sun) to serve as intermediaries. Thus, Hashem is called "elokei ha'elohim" -- the G-d of [other] forces. We find in Chazal references to the "officer" of the sea, the "officer" of Esav, etc. What differentiates us from other religions is that we believe that these entities have no independent power, other than as agents of Hashem, whereas other religions attribute independent powers to the sun, moon, etc. Thus, the pasuk is teaching us not to establish intermediaries. In this way, the pasuk is linked to the previous one, "You have seen that I have spoken to you from heaven" -- and not through intermediaries.

The Netziv explains cheit haegel in this manner. Bnei Yisrael viewed Moshe as an intermediary, and, in his absence, they wanted another representative. Apparently, Moshe did not yet have a chance to tell the people of this prohibition, since it was said right after Matan Torah, after Moshe had already gone up the mountain. The Netziv concludes that since Bnei Yisrael seeked sustenance, and, "Many crops come [through] the power of an ox" (Mishlei 14:4), Aharon made the image of a calf to symbolize G-d's agent of sustenance. The "erev rav" then expanded and distorted this idea and said, "This is your god, O Israel."

In Nefesh Hachaim (sha'ar 2), R. Chaim Volozhoner deals extensively with this idea that there are no intermediaries between man and G-d, in contrast to Christianity. In some Sefard siddurim there are different "kavanot" or "sefirot" (permutations) in the Names of G-d. The Rivash asked, how can there be different sefirot in Hashem's Name; does this not reflect a degree of disunity? Ri b. Shoshan answered that the various kavanot do not indicate prayer directed to various beings. Rather, the idea of kavanot is praying to Hashem to order the appropriate angels to provide for us. One of the piyutim in Selichot begins "Machnisei harachamim" (Those [angels] who bring in mercy). Some object to this notion, and change the version or omit this piyut. Similarly, some object to davening at graves of tzaddikim, since it seems like davening to an intermediary.

There is a story of a childless couple who came to a Chasidic Rebbe to daven for them. The Rebbe insistently demanded a full hundred rubles for his service. When they couldn't amass that amount, he told them to daven to Hashem themselves! He was trying to illustrate that Tefilla has to be to Hashem, not to the Rebbe.

5. The Ramban writes a kabalistic interpretation of Aharon's intention in forming a calf. Bnei Yisrael were in the desolation of the desert, which is the domain of the "North," as it says in the beginning of Yirmiyahu, "From the North the evil will be released upon all the inhabitants of the land." There are many statements of Chazal that north represents evil and darkness, such as, "G-d created four directions in the world: North -- from there the darkness goes forth to the world." [See Parshat Pinchas (Haftorah).] The north is referred to as the "left." In Yechezkel's vision of ma'aseh merkava, the face of an ox was to the left. Since, in this realm of the wilderness, the ministering officer of Hashem's Providence was that of the left, Aharon chose the form of a calf to express the Providence of the Divine attribute of justice (din - north - left - ox).

Tammuz, as well, is linked to the north. In Yechezkel (8:14) it says, "He then brought me to the entrance of the gate of the Temple of Hashem that is to the north, and behold, there were women sitting, bewailing the Tammuz." Two pesukim later it says, "At the entrance of the Sanctuary of Hashem ... were some twenty-five men, with their backs to the Sanctuary of Hashem, with their faces turned eastward; they were bowing eastward to the sun." We view a person facing east as "forward," since generally a person faces light. Conversely, west is referred to as "backward." Thus, the right signifies good, chesed; it draws close. Left (north) signifies bad, since it is the source of evil; it repels. Kodshei kodashim are sacrificed in the north to eradicate their gashmiut (material). Since the ox is on north, left, in the ma'aseh hamerkava, this is the appropriate image for the desolation of the wilderness.

What exactly did the men do in Yechezkel? "Their backs to the Sanctuary of Hashem." Rashi explains that they would bare their bottoms and defecate towards the Aron. It seems that the worship of Tammuz is similar to that of Peor. The word bowing is written is a strange way, "mishtachavitem," as if to allude to a double meaning -- "mishtachavim" (bowing) and "mashchitim" (destroying); to worship in such way is greatest level of depravity and destruction.

R. Chaim Shmuelevitz, in Sichot Mussar, quotes the story of Savta b. Ales who wiped himself on the nose of Peor, and the priests praised him that no one had ever worshipped in such a manner. (Sanhedrin 64a) R. Shmuelevitz explains that the idea of Peor is to breach all common bounds. Every religion has some aspect of service -- accepting certain boundaries, limits, or rites of worship. The ideals and boundaries may be ludicrous, but at least they exist. Peor, however, shows that there are no norms of decency, no limits. A person can do whatever he wants, even to wipe himself on the deity's nose. This seems to be the same as egel, where immorality was mixed in with worship (cf. Rashi Shemot 32:6). Thus, there appears to be a common link between the egel, Peor, and Tammuz.

There in something else interesting about Peor. The king generally represents law and order, authority, as we find in Pirkei Avot (3:2), that were it not for fear of the government people would swallow each other up. Yet, here the princess of Midian is brought to lead prostitution. At the time of cheit haegel, Hashem tells Moshe, "Go, descend -- for your people that you brought up from the land of Egypt has become corrupt ("shichet")." The same word is written about the generation of the flood -- "All flesh had corrupted ("hishchit") its way upon the earth." This denotes not just immorality and corruption, but total depravity. Cheit haegel entailed violation of the three basic prohibitions -- idolatry, immorality and murder. It was an expression of breaking the traits of awe and justice. The Beit Halevi explains that Bnei Yisrael thought that they would define their own way of service to Hashem. But Hashem defines it His way! Worship of Hashem is not according to our desires and whims. One must be an "eved (servant of) Hashem." Therefore, the atonement for chet haegel is the chok (statute) of parah adumah -- "You have no right to question it." One black hair is acceptable, not two; etc.

Ma'or Vashemesh explains in a slightly different way. The purpose of man is to develop yirat shamayim. The means to achieve this is through developing yirat chachamim, and then directing it towards G-d. The same is true regarding ahavat Hashem. Love of one's family is a means to lead the way to love of Hashem. Bnei Yisrael's fear of Moshe was a model to then copy to develop fear of Hashem. With this, he explains the Gemara's comment (Megilla 25a), "Regarding Moshe, [yirat shamayim] is a small matter." When there is Moshe, and you fear him, it is not so difficult to then copy the fear to Hashem. Similarly, Shimon Ha'amsuni expounded all the instances of the word "et" in the Torah to include something similar, until he came to the verse, "et Hashem Elokecha tira - Hashem, your G-d, you shall fear." (Devarim 6:13) R. Akiva was able to expound, though, that is includes Talmidei Chachamim. Why couldn't R. Shimon Ha'amsuni derive this? Ma'or Vashemesh explains that Shimon Ha'asmsuni's generation was already on a high level, so that fear of Talmidei Chachamim was insufficient to propel them to full fear of G-d. R. Akiva's generation, however, was on a lower level, so that R. Akiva was able to derive fear of Talmidei Chachamim as the way to fear of Hashem. Based on this, he explains that the egel was meant as a vehicle for to then reach yirat Hashem, but the erev rav spoiled the plan, and declared it a deity.

In our days, the entire world is a kind of "Shittim," characterized by life of the moment. There used to be values and morals. Man was not in the center, doing what he wants. This can be expressed even in context of the Yeshiva -- maintaining sedarim according to one's whim, coming and going at will, without adhering to the framework and structure of the Yeshiva. Bnei Torah have a hard time now upholding values. There used to be ideals, even if faulty (e.g. communism, anti-religious). Now, however, the outer world has none, and this impacts us. In the outside world this is expressed through drugs and immorality. In the Torah world, there is also a lack of proper submission and idealism, although with milder expressions.

The golden calf, Peor, Tammuz -- we are just as bad. We know only of zechuyot "rights" -- human rights, animal rights, women's rights, etc., but we don't know our duty in this world ("chovato be'olamo"). Let us focus on this, and then 17 Tammuz will turn into "joy and gladness." (Zechariah 8:19) 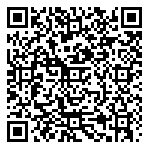