Turn from Evil or Do Good

Turn from Evil or Do Good

The names Menashe and Ephraim are two forces in Am Yisrael. Menashe is the force of "Turn from Evil" – for, "G-d has made me forget all my hardships and all my father's household." In other words, G-d made him forget all the troubles that he had in my father's household – i.e., the negative. Ephraim, on the other hand, is "Do good" - for, "G-d has made me fruitful in the land of my suffering" – i.e., the positive.

What comes first, Menashe or Ephraim? It is true that Menashe is the firstborn, and that he precedes Menashe in order, but Yaakov reverses the order: "He crossed his hands, for Menashe was the firstborn." (Bereishit 48:14) Ephraim should be placed before Menashe; the positive force, "Do good," before the negative, "Turn from evil." Am Yisrael are referred to as Ephraim – "Is Ephraim My favorite son of a delightful child?" (Yirmiya 31:19), to teach us that the positive is more important than the negative.

This idea is connected to Chanukah, about which Beit Shammai and Beit Hillel are in dispute. Beit Shammai say that one should reduce the number of candles each night, corresponding to the bulls offered on Succot, whereas Bet Hillel say that one should add each night, "We ascend in sanctity and do not lower." (Shabbat 23a) The dispute between Beit Shammai and Beit Hillel is whether the Chanukah lights are flames – a burning fire, and the tactic is to eliminate evil from the world by burning it and destroying it, as per, "You shall destroy the evil from your midst." (Devarim 13:6) – reducing nightly. Or, instead, the Chanukah flames are light, and through increasing light, as per adding daily – darkness disappears.

In essence, this is the question of whether the way is "Turn from evil," like the opinion of Beit Shammai, or "Do good," like Beit Hillel. The Halacha is in accordance with the opinion of Beit Hillel – "Do good." Our task is to light the darkness; to add light and add holiness, and thereby the dark will go away and the evil will disappear from the world, as Rav Kook zt"l writes in his work, Arpelei Tohar (p. 39):

This is the name Ephraim, a language of adding and multiplying, like the opinion of Beit Hillel that one adds each night, and the Halacha is like Beit Hillel.

Today, as well, we are faced with the question what comes first: "Turn from bad" or "Do good?" Should we distance those who are not Torah observant, or perhaps we should try to infuse in them faith, "Do good," to see the good in each person, to try and light them up – and then the evil will go away of its own? This is the dispute between Raban Gamliel Hanasi, who said that one who is not completely sincere should not enter the Beit Midrash, and R. Elazar b. Azariah, who removed the guard from the entrance and allowed everyone to enter. In his merit, benches were added to the Beit Midrash, and the power of Torah affected also those who were not completely sincere, because through infusing the light of Torah it is possible to chase away the evil darkness from the world.

This is the Halacha: "One should place [the Chanukah menorah] at the entrance to his house, outside." The goal of lighting the menorah, which is the symbol of the power of Torah, is to brighten also the mundane – also those who were not fortunate to sit in the tent of Torah. "Until the market is empty of feet." The Torah will penetrate even in those low places (the market).

Each person faces this question also on a personal level, whether to work on "Turn from bad" – breaking bad traits, or to work on the positive – fulfilling Torah and mitzvot, and the bad will go away of its own? Some mussar giants focused primarily on "Turn away from bad," that a person should break his negative traits. However, there are those who went in a completely different path and dealt with the positive – learning Torah, meticulous performance of mitzvot, and doing kindness, and through this the evil will go away of its own. There is no doubt that there is an advantage to each approach, however, the main approach is "do good," as the Rambam writes: (Hil. Isurei Biah 22:21)

Moreover, [Chazal] say: He should turn himself and his thoughts to words of Torah and expand his mind with knowledge, as thoughts of illicit relations grow strong only in a heart void of wisdom. 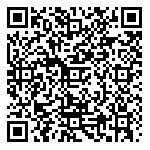