"Praiseworthy is the man who has made Hashem his confidence, and turned not to the arrogant." (Tehillim 40:5) The Midrash at the beginning of our parsha applies this pasuk to Yosef (Bereishit Rabbah 89:2):

"Praiseworthy is the man who has made Hashem his confidence" - This is Yosef."and turned not to the arrogant" -- Because Yosef asked the sar hamashkim (chamberlain of the cupbearers), "think of me" (zechartani) and "mention me" (hizkartani), another two years were added [to his imprisonment]. The obvious question is: Is a person prohibited from making efforts to attain his freedom? After all, there is a principle that man should not depend on miracles!

With regards to Hashgacha Pratit ("Divine Providence"), the Rambam writes in Moreh Nevuchim (3:51), "A most extraordinary speculation has occurred to me now, through which doubts may be resolved and Divine secrets revealed." The Rambam's innovative idea is that G-d watches over and involves Himself in each man's life in proportion to that man's loyalty and closeness to Hashem. Likewise, G-d hides Himself from man to the same degree that the person distances himself from G-d. "Hence, it seems to me, that a prophet or pious man who was beset by any one of the evils of the world -- it befell him only during a time of [Divine] concealment. The longer the period of concealment, the stronger the calamity will be." With this principle, the Rambam resolves the quandary of why calamities occur to the righteous.

Similarly, we can explain the concepts of confidence in G-d ("bitachon") and effort ("hishtadlut"). The Ramban (Vayikra 26:11) writes that long ago, pious people would not seek a doctor for medical help but rather would turn to the prophet. G-d treats the righteous in miraculous fashion, so why should they need to turn to anyone but G-d when they fall ill? "What part do physicians have in the house of those who do the will of G-d?" However, with the passage of time, each generation has fallen farther and farther away from G-d, so people began to seek out physicians. For this reason the Torah granted the physician permission to cure. We do not find, though, that permission was granted to the patient to seek out a doctor, and someone with a very high degree of bitachon in G-d would not seek out a doctor. This is why Assa, King of Yehuda, who had a tremendous amount of confidence in G-d, was criticized when, "also in his illness he did not seek out Hashem, but only doctors." (Divrei Hayamim II 16:12)

Then again, someone who sins, or even expends effort in other matters, should not demonstrate inordinate confidence in G-d in medical issues. In this vein, on the pasuk, "Her leaders judge for bribes and her priests teach for a fee and her prophets divine for money -- yet they rely on Hashem, saying, 'Behold, Hashem is in our midst; no evil can befall us!'" (Micha 3:11), Chazal comment, "They were wicked, but they placed their confidence in the One who said, and the world came into existence." (Shabbat 139a) This kind of confidence is hypocrisy!

The common perception is that "bitachon" means to believe that if one has confidence in G-d, He will grant all the person's requests. Contrary to this, the Chazon Ish writes in his book, "Emunah U'Bitachon" (Faith and Confidence, ch. 2), that this kind of belief is fundamentally wrong:

Who knows G-d's considerations and His payments? Rather, the concept of bitachon is the belief that events do not occur randomly, and that everything that happens in the world is ordained by G-d, whether good or otherwise ... This belief is the trait of bitachon. Since Yosef said, "think of me" and "mention me," two more years were added to his imprisonment. Rav Shimon Shkop asked what would have happened had Yosef only asked the sar hamashkim once; would one year have been added to his imprisonment? He answered that Yosef was justified in making an attempt and asking once, but his excessive attempt revealed, retroactively, that even his first request reflected a lack of confidence in G-d.

For Yosef, who stood at a high spiritual level, the efforts through the sar hamashkim represented a flaw in his bitachon. So too, every man needs to take account of his personal situation, yet must be careful not to let proper hishtadlut yield to simple laziness under the pretense of complete confidence and faith in G-d. 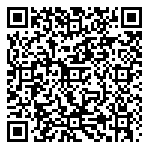