The parsha begins with a detailed account of the grueling negotiations between Avraham Avinu and Efron the Hittite. Avraham wants to bury Sarah in the Cave of Machpelah, and therefore he addresses the people of Heth who reside in Hebron, and specifically asks for Efron's parcel of land. At this point, Efron enters the picture and the dialogue begins between him and Avraham: At first Avraham asks to purchase the place, and Efron responds that out of respect for Avraham's importance he is willing to give it to him for free. Afterwards Avraham implores him, and then Efron agrees to sell it, but demands an astronomical price!

How can Efron's behavior be explained?

The sages explain that before his encounter with Avraham, Efron was not the leader of B'nei Heth, and they appointed him as their chief on that day, and only because Avraham needed him.

The Zohar HaKadosh adds some interesting details which cast light on this strange story. According to the Zohar, Efron was a particularly insignificant person in the Hittite community, and his plot of land was considered undesirable by everyone including himself. When Avraham comes and asks to speak with Efron "make my request to Efron the son of Tzohar" he is suddenly seen differently and becomes an important man. Why was his piece of land initially frowned upon, and what caused the change in the way it was regarded?

Avraham the Ivri stands on one side (eiver = Ivri) and all the world stands on the other side. He spreads the recognition that "there is a leader in the city." When he meets B'nei Heth, there is a collision of opposing cultures. The people of Heth scorned Efron's burial ground because on this site Adam and Eve were buried, those ancient and "primitive" people who had no concept of progress. Whoever owns this site is considered anachronistic and unenlightened, someone who should be pushed to the sidelines and deprived of any opportunity to express himself. The accepted wisdom among B'nei Heth was that they must blur their connection with the previous generations, similarly to the generation of the dispersion (the tower of Babel) who wanted "to make a name for ourselves."

Avraham presents a different thesis: that exactly by virtue of connection with the ancients – with G-d's own handiwork - we connect better with goodness and wholeness.

Efron wants to get rid of this "closet of skeletons" which relegated him to the sidelines of society, and he is willing to give it to Avraham for nothing. Here Avraham creates a revolution: he shows Efron and his neighbors how awesome this place is, where G-d's "handmade" creations are buried. He gives utmost importance to the Cave of Machpelah, and makes Efron and his people aware of the fact that progress has no value without connection to past generations. To the contrary, on the strength of continuity and connection with our predecessors it is possible to make new developments. After Efron hears this approach, he understands that he has a great treasure on his property – and immediately demands a high price for it. This change in outlook causes the change in attitude towards the field of Machpelah, and this leads directly to the dramatic rise in its monetary value. 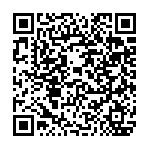