In his book "Lev Eliyahu" Rabbi Eliyahu Lapian raises the question: The large majority of this Midrash extols Am Israel, however the end is difficult to comprehend: Why does a Midrash which describes the praise of Am Israel end with a condemnation of Israel? The answer lies in the fact that books of laws – commands and warnings – exist over all the generations. However, they are divided into two categories:

A. There are commands and warnings which the king enforces upon the nation, some bearing harsh punishments and others light ones, depending on the severity of the infraction.

B. The commands and warnings of the physician concerning man's behavior with regard to food, drink, sleep and physical activity. Whoever breaks them incurs punishments, some of them harsh and others light.

Nevertheless the difference between them is clear: A person who breaks the laws of the kingdom will not be punished unless he is caught, and even afterwards the judge can lighten his sentence or even pardon him entirely, since everything depends on the regime, whether it acts heavy-handedly or with charity. But when one breaks the rules given by the doctor, there is no way to escape from punishment! And even if he apologizes to the doctor and asks for forgiveness and repents his transgression, this will accomplish nothing.

Now the question which arises is: are the commands and warnings of the Torah similar to the king's laws or the doctor's instructions? Regarding the passuk "All the diseases which I visited upon Egypt I will not place upon you (Shemot 15:26)" Rabbi Lapian explains in the name of the Mechilta: I will not place it upon you, and even if I do place it upon you, it is as if it wasn't placed, and this is the Midrashic explanation. And according to the simple meaning, it is like a doctor who says to his patient not to eat things which will make him sick again.

From this we learn that heavenly punishments are likened to disease, and G-d and the Mitzvot are like the doctor. But there is much more to it than that, since even if G-d will inflict a disease, it is as if it wasn't inflicted, this explains what is what is written "But in spite of this, when they will be in the land of their enemies, I will not despise them and not abhor them etc. (Vayikra 26:4)" According to this, Rabbi Lapian says that the entire aforementioned parsha is to be interpreted as praising Israel, especially the words "you are completely beautiful, my beloved, and there is no blemish on you," as the passuk regarding the red heifer says "which has no blemish on it." It doesn't say "which has no blemish" neither does the Passuk in Shir HaShirim say "you have no blemish" (in the absolute sense) but rather "and there is no blemish on you." That is, Israel occasionally has flaws, but nevertheless these flaws are neither internal nor in their essence because they were born (created) unblemished, and these flaws only came to them (afterwards), in a superficial way.

Similarly, regarding the generation of Yirmiyahu, it points out that there are certain (uncharacteristic) generations which didn't accept G-d's yoke, but Am Israel in its essence is perfect and without blemish.

May we merit to realize the Passuk "you are completely beautiful, my beloved, and there is no blemish on you" - all of Am Israel being perfect in the performance of the Mitzvot. 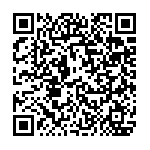