On the pasuk: "Bnei Yisrael shall encamp, each man by his flag" (Bamidbar 2:2), the Midrash Rabbah states:

When Hashem revealed himself at Mt. Sinai, twenty-two thousand angels descended ... They were all grouped under various flags, as it says: "dagul m'revava." (Shir Hashirim 5:10) When Am Yisrael saw that they were grouped according to flags, they began to desire flags [also]. They said: "If only we could make be grouped by flags like them." Hashem replied to them: "What do you desire – to be grouped by flags? By your lives, I will fulfill your wish." Hashem immediately revealed to Am Yisrael His love and told Moshe to group them according to flags as they desired.

Why did Am Yisrael desire to be arranged according to their flags? Furthermore, what do flags mean regarding the angels, and what is their significance?

R. Shimshon Raphael Hirsch, in his commentary to the Torah, addresses the source of the Hebrew word degel (flag). He says that the root is from the word dekel, which is the Aramaic name for a palm tree.

Palm trees can grow next to each and sometimes be very close, but they never touch each other (because their trunks grow straight up, and do not branch out like other trees). This reflects the idea that one king's reign will never touch another king's reign even for a moment.

Rabbi Yehuda Leib Chasman explains in his book, Or Yahal, that the difference between humans and angels is that angels do not possess jealousy, hatred or the need to compete. For this reason they are all beloved to one another, all accept the yoke of heaven one from another and grant permission to one another. When one angel sees another who is of greater stature, he does not feel any jealousy towards him. On the contrary, he exalts him. A person, on the other hand, is quite the opposite. He is born from dust, and this level of the angels is nearly impossible for him to achieve. This is what Am Yisrael saw about the angels, that every angel has its own level and rank – but even so were all united. Am Yisrael desired this kind of unity.

It is now possible to understand another Midrash on our parsha. Chazal write:

What is the answer that Am Yisrael gave to the nations of the world? The nations are offering to make Am Yisrael rulers, dukes and bishops; what does this have to do with flags?

However, after explaining that the flags symbolize the uniqueness and value of each and every tribe, yet the unity of the entire nation at the same time, we can understand the reply. Am Yisrael is responding to the nations of the world that if we join you – we will lose our uniqueness and unity. If we become rulers and dukes everyone will search for his own level and rank and this will break us apart. Can give us greatness like Hashem gave us – that each tribe had its own flag, its own unique level and value and even so we still possessed unity?! If we join you we will lose this attribute!

May we merit to be unified with one heart and be able to fulfill the pasuk: "Israel encamped there, opposite the mountain" (Shemot 19:2) – as one person, with one heart. 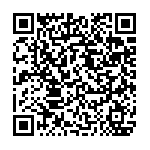