The Torah commands us to eat three things at the Seder: matzah, korban pesach and maror. This obligation is learned from the pasuk, "They shall eat the flesh on that night, roasted over the fire, and matzot; with bitter herbs shall they eat it." (Shemot 12:8) In the Haggadah we mention that not only must we eat these foods, but we must also speak about them, as R. Gamliel says, "Anyone who did not mention these three things on Pesach did not fulfill his obligation: [korban] pesach, matzah, and maror."

Nowadays, we cannot eat the korban pesach, so long as the Beit Hamikdash is not rebuilt. Only two foods remain, matzah and maror. Are the mitzvot of eating these two foods equal, or are there differences between the two mitzvot? We will first explore this in the halachic realm and then discuss the reasoning behind these mitzvot.

The Gemara states in Pesachim 120a:

What is the Rambam's proof for this idea? The proof is from Rava, who says that when there is no korban pesach, there is no d'oraita obligation to eat maror. The eating of matzah is different from the eating of maror in that there are two dinim (factors) in eating matzah: eating the matzah itself, and eating the matzah with the pesach. Nowadays, the former applies and the latter does not. This idea of the Rambam is evident upon careful investigation of the pasuk, "With bitter herbs they shall eat it." The Ramban explains in his commentary on the Torah that this means that the pesach should be eaten with maror.

In the times of the Rambam, there was a prominent rav in Baghdad, R. Daniel Habavli, who argued on the Rambam in many instances. R. Avraham Hanagid, the son of the Rambam, wrote responsa in defense of his father, the Rambam. (R. Daniel was criticized and eventually put in cherem because if his harsh attacks against the Rambam.) R. Daniel Habavli proposed that the mitzvah of maror is an independent mitzvah, not part of the mitzvah of korban pesach, even though the mitzvah of eating maror does not apply when there is not korban Pesach. R. Daniel asks from the continuation of the aforementioned Gemara in Pesachim. The Gemara says that there are four people whom the Torah commands not to eat from the Pesach: an "arel" (uncircumcised male), someone who is tamai, a mumar, and someone who was far away from the Beit Hamikdash. The Gemara says there that both according to Rava and R. Acha b. Yaakov these four people eat matzah and maror, even though they are not commanded to eat the pesach. According to the Rambam, though, maror is not an independent mitzvah, so why do these four people who are not required to eat the pesach eat maror?

Rabbeinu Saadia Gaon, who counts the mitzvah of eating maror as an independent mitzvah, understands that even one who may not eat the pesach, must still eat maror. R. Daniel Habavli followed this opinion.

It would seem, though, that on the d'rabanan level there is an independent miztvah to eat maror, based on the Rosh, who discusses the obligation of maror in the tenth perek of Pesachim. How much maror must one eat? We know that every time the Torah mentions eating one is required to eat a k'zayit. The Rosh writes that one must also eat a k'zayit of maror, since the chachamim decreed that one should say a bracha of, "Blessed ... and commanded us on the eating of maror." The Achronim learn from the Rosh that there is no essential obligation to eat a k'zayit of maror. Rather, the obligation of eating a k'zayit stems from the fact that we make a bracha "on the eating of maror." One must understand, why is eating maror different than any other mitzvah of eating in the Torah?

R. Chaim M'brisk writes that when the Torah speaks of eating, even if it does not mention the word "achila," the measurement is always a k'zayit. He proves this from the prohibition of eating milk and meat. Although the word "achila" does not appear in reference to the violation, the measurement for which one is liable is a k'zayit. R. Chaim explains, however, that the Rosh agrees with the Rambam, and that eating maror is part of the mitzvah of eating the korban pesach. The Torah commands to eat the pesach, and with it, eat some maror. When the Torah refers to actual eating, the measurement required is a k'zayit. But eating Maror is not a mitzvah of eating, rather, it is a mitzvah of adding maror to the pesach. It is meant to be a relish for the Pesach. Therefore, the measurement of maror is not a k'zayit.

If so, why did the chachamim ordain the bracha, "al achilat maror," which requires us to eat a k'zayit, more than the Torah requires? The Avnei Nezer (Orach Chaim #383) writes that on a d'oraita level, the mitzvah of eating maror is connected to the pesach, and therefore a k'zayit is not required. But the Rabanan made the eating of maror into an independent mitzvah. Therefore, they required one to eat a k'zayit of maror. Now one can easily understand the Rosh. The Rosh mentioned the bracha to show that it is evident from the bracha that the Rabanan added a dimension to the eating of maror. According to the rabanan, eating maror is not only a detail in the laws of eating the pesach, it is its own separate mitzvah.

We should try to understand the philisophical idea and message of these laws. Why is the mitzvah of eating maror connected to the eating of the pesach, whereas the eating of matzah is an independent mitzva? To understand this, we must ask another question. Why must we eat maror in the first place? We are celebrating the geula of leaving Egypt, why should we mention the bitterness of the galut? On a simple level one may answer that in order to appreciate the depth of the salvation, we must first see that we were immersed in bitter slavery. Through understanding our previous predicament we are able to better understand the greatness of Hashem's taking us out of Mitzrayim.

It is possible to understand this on a deeper level. The pesukim say in Tehilim (116:3-4,13), "Distress and grief I would find. Then I would invoke the Name of Hashem ... I will raise the cup of salvations and the Name of Hashem I will invoke." David Hamelech says that he will cry to Hashem whether life is pleasant or unpleasant, because he recognizes that both the good and the bad came from Hashem. This is one of the fundamental principles of the Seder night. The galut and the geula came directly from Hashem; Hashem enslaved us in Egypt and subsequently took us out. Therefore, we must thank Hashem for the good and for the bad. Although it is difficult to feel that the bad is as important or as sweet as the good, one must believe it. However, it is very difficult for us to truly bless Hashem when He brings us pain, so who can truly bless Him for the bad? We must not pretend that we appreciate the bad if we really do not.

The Gemara in Pesachim 50a says:

"Hashem will be the king of the entire land, on that day Hashem will be one and Nis Name will be one." (Zechariah 14:9) Is Hashem not one today? R. Acha b. Chanina says: This world is not like the next world. In this world we praise Hashem for good by saying, "He is good and does good," and for bad by saying, "the true judge." In the next world we will say, "He is good and does good," for everything."

In this world, it seems to us that there are two different ways through which Hashem reveals himself to us, and we bless different blessings on each of those revelations. In the next world we will see that the all of the apparently bad that occurred was also good. We will see Hashem as King of the world, and we will realize that all of the bad that ever was, was truly good, and we will bless, "hatov v'hametiv." We will only be able to truly feel this in the next world.

The Sefat Emet on Vayeitzei asks, why do all of the prophecies about the future world start with the word, "v'haya?" The word "haya" is in the past tense, but adding a vav changes it to the future tense. The geula will show us that all of the past, with all of its tragedies, were all part of Hashem's mechanism to bring about the geula. The past will be transformed into the future in that just as the future is good, so too all of the past was truly good.

On the first night of Pesach we must feel as if we have reached the level of the next world. We must believe and recognize that even the bad will turn into good. We must eat maror, the symbol of bitterness, together with the matzah, the symbol of the redemption. All are eaten together to show that both the hardship and the geula came together from Hashem. Both were required to happen and we must thank Hashem for both.

This level of recognition cannot be achieved without the korban pesach. We do not understand what we are missing. We cannot join the bad and the good and achieve the level of the next world without the pesach offering. Now we can not even recognize the spiritual elevation of going to the Beit Hamikdash and sacrificing and eating the korban pesach. Only someone who reaches this spiritual level by seeing and partaking in the offering in the Beit Hamikdash can eat the maror with the matzah on a d'orayta level.

The Maharal writes a similar idea about the korban todah. There are four people who bring a todah, one who was sick, one who was in jail, one who traveled on a journey through the desert, and one who traveled by sea. As part of the todah offering, forty loaves of bread were brought, thirty of which were matzah, and ten of which were chametz. Why do we bring matzah and chametz together with the todah? The Maharal teaches that we are coming to thank Hashem, not only for the redemption, but also for the fact that we were placed in the bad situation in the first place. On Pesach we are forbidden from bringing a todah because it involves chametz, but the pesach which is eaten with maror and matzah together conveys a similar idea.

May we merit to achieve this level of eating the matzah, maror and pesach together so that we may truly recognize that all that occurs, whether it appears to be good or not, is directly from Hashem. 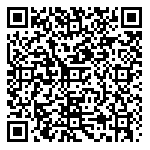