The Dreams and their Meaning

Yosef dreamt two dreams. The first: "We were binding sheaves in the middle of the field, when, behold! – my sheaf arose and also remained standing; then behold! – your sheaves gathered around and bowed down  to my sheaf." (Bereishit 37:7) The second: "The sun, the moon and eleven stars were bowing down to me." (37:9)

The meaning of the first dream is of economic strength and wealth, expressed by the sheaves, which symbolize something material and economic. Yosef stands in the center and the others bow down to him, but he is still not above them. He, too, is envisioned as "my sheaf." Nonetheless, the brothers respond with hatred, "They hated him even more – because of his dreams and because of his talk." (37:8)

The meaning of the second dream is of kingship. Here Yosef does not suffice with his being ruler and their all coming to him to buy food, but rather he pushes towards the rank of king. "The sun, the moon and eleven stars were bowing down to me." In other words, I am G-d's anointed. If his father and mother bow down to him, this is only when he will be king and they are obligated to honor the king. Here he rises above his brothers, and therefore, "His brothers were jealous of him." (37:11)

Was the second dream fulfilled? Yosef did everything he could so that his father would also come down to Egypt and bow to him, and then he would hand him the crown. But Yosef did not merit this; Yehuda takes the kingship. Already at the time of Yosef's sale, the Torah interrupts with the story of Yehuda and Tamar: "Yehuda went down from his brothers ... and he called him Peretz." (ch. 38) The Torah is saying that with the birth of Peretz the kingship passes on to Yehuda. The debate between Yosef and Yehuda at the beginning of Parshat Vayigsh was around kingship, as Chazal comment (Bereishit Rabbah 22):

Yosef and Yehuda struggled over kingship. Yosef pushes to be king, and waits for his father to come down and bow to him, but this does not happen. Yosef is forced to reveal himself to his brothers even before Yosef comes down to Egypt. "Yosef could not control himself ... He said, 'I am Yosef your brother that you sold me to Egypt ... Go up quickly to my father and say to him: Thus says your son Yosef.'" (45:1) It is already clear to Yosef that his father will not bow down to him, and will not hand the crown over to him; the second dream will not be fulfilled.

Yaakov is also careful not to kiss Yosef when they meet, and he reads the Shema instead, so that it should not be understood that he is transferring the kingship to him, as we find a kiss of kingship with Shaul: "Shmuel took the pitcher of oil and poured on his head and kissed him." (Shmuel I 10:1) Therefore, Yaakov was concerned that if he would kiss Yosef it would be understood as transferring the kingship to him, whereas it had already been given to Yehuda. Yosef does not succeed in fulfilling the second dream, "The sun, the moon and eleven stars were bowing down to me." Yosef paves the road for the kingship of Yehuda, while he himself remained only a ruler.

Yaakov says about Yehuda in his blessings, "Yehuda, your brothers will acknowledge you, your hand [will be] in your enemies nape, your father's sons will bow down to you." (49:9) In the end, the bowing down will be to Yehuda: "The scepter shall not depart from Yehuda, nor a leader from among his descendents, until Shiloh arrives and his will be an assemblage of nations." (49:10)

Yosef receives the blessing of "blessing of heaven from above, blessings of the deep crouching below" (49:25); he receives all the blessings except for kingship. Yehuda, son of Leah, who represents the trait of gevurah (control) receives the kingship, since kingship draws it strength from the trait of gevurah. From Yehuda descends David king of Israel, who is G-d's Messiah – may he appear speedily in our days! (Based on Divrei Zikkaron by Rabbi J.B. Soloveitchik zt"l.) 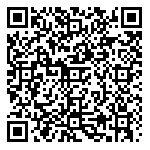