A Poor Man for Shoes

The prophet Amos says: "Thus said Hashem: for three transgressions of Israel ... for their selling a righteous man for money, and a poor man for shoes." Pirkei D'Rabbi Eliezer associates this verse with the sale of Yosef: "The [brothers] sold him to the Ishmaelites for twenty silver coins, and each one took two coins to buy shoes for his feet."

We stand astonished: Was the purpose of the tribes in selling Yosef to buy shoes for their feet? What is the point of shoes specifically now; were they walking barefoot until now? Certainly there is a deep message in this statement of Chazal, which will shed light on the entire issue of Yosef's sale.

Without doubt, the brothers did not sell Yosef because of some sudden burst of feelings of jealousy and vengeance. The Torah testifies about them: "The tribes of G-d, a testimony for Israel." (Tehillim 123:4) It is inconceivable that bloodthirstiness should overcome them. We must understand, as the commentators explain, that the brothers put Yosef on trial and were convinced of the righteousness of their actions. They were sure that justice required them to act as they did.

However, in the end of the process it became clear that "Although you intended me harm, G-d intended it for good." (Bereishit 50:20) The entire process of the sale was a Divine process, as Chazal comment in Midrash Tanchuma on the verse, "Yosef was brought down to Egypt" (39:1):

This is what is says, "Go and see the works of G-d, He is awesome in deed toward mankind." (Tehillim 66:5) R. Yehoshua b. Korcha said: Even the awesome deeds that you bring upon us, you bring them with an pretext. Thus, it says about Yosef, "His brothers saw that their father loved him." G-d wanted to fulfill the decree of "Know with certainty [that your offspring shall be aliens in a land not their own]," but he brought a pretext for all these things.

Chazal bound the hatred towards Yosef and his sale to the decree of exile in Egypt. G-d arranged things to bring about the process of Israel's descent to Egypt, to fulfill the decree of "aliens in a land not their own." However, the perspective of the brothers was with material eyes, and therefore they did not see the inherent Divine process, as Yosef says to them, "You did not send me here, but rather G-d." (45:8)

Based on this we can explain the meaning of the sale "for shoes."

Chazal say in Masechet Berachot (62b): "A person should not enter the Temple Mount with the staff in his hand, nor with the shoes on his feet, nor with the money tied in his cloak." Why is there a prohibition to bring money or a staff into the Temple Mount or to wear shoes? The wallet, the staff and shoes represent financial and social support. In the Temple, one must look around with a spiritual perspective, not a material one, and one cannot make everyday calculations.

We find a something similar regarding Moshe at the bush. When Moshe drew close to the bush and asked, "The bush is burning in fire, but the bush is not being consumed." (Shemot 3:2) G-d answers him: "Remove the shoes from your feet, because the place that you stand upon is holy ground." (3:5) In other words, do not look at the bush with a natural perspective; there is process of redemption and this is holy ground. Therefore, you must remove your shoes, rise above materialism, and look at the bush with a holy perspective.

This seems to be the intention of Chazal. The brothers sold Yosef because they did not see the sanctity in him, the Divine process in bringing Yosef to Egypt. Their entire approach to him was with a materialistic, natural perspective. This is what it means that the brothers went to buy shoes for their feet. The brothers relied only on the material support of man, which is detached from the Divine holiness. In contrast, Yosef exemplifies the concept of "remove your shoes from your feet." Yosef is Yosef Hatzaddik, "separated from his brothers" - who is entirely holiness and purity. Therefore, he, in particular, was chosen to put in practice the Divine process of Israel's descent to exile in Egypt, to fulfill G-d's decree, "Know with certainty that your offspring shall be aliens."

Today, as well, in Eretz Yisrael, our perspective needs to be one of sanctity, exemplified by "remove your shoes" - viewing all the processes from a perspective of holiness, and detaching ourselves from all petty political considerations. Eretz Yisrael is a Holy Land, and all of the processes connected with it are Divinely guided. 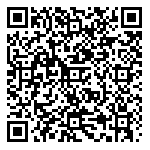