The first two chapters of Amos contain eight prophecies containing words of admonition directed towards people of various cities and nations. Each of the prophecies begin with the same verse: "For three transgressions of . . . [I have looked away], but for four I will not pardon them." The cities and the nations are Damascus, Gaza, Tyre, Edom, Children of Amon, Moab, Yehuda and Israel. It is clear that the main part of the rebuke is for Israel, and is therefore the last and longest prophecy. (All of the prophecies are 2-3 verses, whereas the one concerning Israel is 11 verses.)

Some say that the reason for the rebuking of the non-Jews is so they should not be happy when the prophet Amos harshly rebukes the Bnei Yisrael. Rather, they should realize that they are in a much worse situation. Other commentaries suggest that the reason Amos begins by rebuking the non-Jews is to draw the attention of Israel by allowing them to hear how bad the non-Jews are, which the Jews would see favorably. Once gaining their attention, the prophet then proceeds to rebuke them.

The expression, "For three...but should I not exact retribution for the fourth," according to most commentaries, reflects the benevolent virtue of G-d passing over sins one by one, refraining from exacting punish immediately. Rashi comments on the Pasuk, saying, "I have already acted kindly by forgiving their first three sins, as it says, 'Behold, G-d does all these things with man two or three times'" (Iyov 33:29). Rashi continues, "On the fourth crime I shall no longer hold back from exacting retribution." That is to say that G-d is patient and forgiving. Similarly, the Radak writes that G-d will not punish man for his first, second or third sin because it is one of G-d's traits to pass over sins.

The difference between three and four is quite clear according to the acquired legal presumption of tendency [Chazaka], presumed harmless ox [Tam] and a forewarned ox [Muad] which has attacked before. Until he has committed three sins, one might say that the offender should be deemed as a "Tam," one of who it is not a habitual sinner. However, after three offenses, there is a "Chazaka" that his nature is to sin and, therefore, no forgiveness is granted. By laws of damages [Nezikin], "Man is always Muad" (B. Kama 26a), even on a first offense, but here we see that G-d forgives man's first three sins. It is only starting form the fourth sin that He settles the account!

The Gemara states the following: "Rav Yose ben Yehuda taught: A man who sins is forgiven the first, second and third times but not the fourth for it is written, 'So said G-d: For three transgressions of Israel [I have forgiven], but for four I will not pardon them'" (Yoma 86b). [It is interesting to note that this Gemara is according to the text of the Ra'avad. The Ryf's text differs, and, based on it, the Rambam rules that there is a difference between an individual who is punished beginning with the third sin, whereas the entire congregation is not punished until the fourth sin. (cf. Rambam, Laws of Repentance, 3:5)]

The Abravnel, Malbim and the Metzudot explain that the "three rebellious sins" refers to the three cardinal sins - idolatry, adultery and murder. These three sins are commonly found in the non-Jewish nations, who don't have the Torah, but the fourth sin referred to in the Pasuk is applicable only to the nation of Israel and for this sin G-d will exact retribution.

What is the fourth sin? In the prophecy dealing with Yehuda it is written, "For their despising the Torah of G-d and not observing His statutes" (Amos 2:4). The prophecy of Israel says, "For their selling a righteous man for silver and a poor man for shoes" (ibid. v. 6). These sins negate the foundations of goodness of Yehuda and of Israel. The Netziv writes, "Jerusalem's holiness is based on the Torah as it is written, 'For from Zion will the Torah come forth and the word of G-d from Jerusalem' (Yeshaya 2:3). Shilo [Israel's capital] stood due to the acts of kindness that were performed by the tribe of Yosef" (Ha'amek Davar Shemot 30:1). The fourth sin of Yehuda is for despising the Torah, by desecrating their destiny of "from Zion will the Torah come forth." The fourth sin of Israel was a moral sin of corruption and stealing from the poor which is a desecration of the purpose of Yosef (as the representative of the Israel kingdom), to spread kindness and to treat one's fellow properly.

The remedy for these sins will bring the redemption. "Zion will be redeemed through justice"- refers to rectification of Yehuda's sin of abandoning the Torah. "And those who return to her through righteousness" refers to the sin of stealing and oppressing committed by the Kingdom of Israel. The repentance of these sins between man and G-d and between man and his peer, will reunite the tree of Ephraim and the tree of Yehuda, "and they will become one in My hand. . . . I will make them into one nation in the land, upon the mountains of Israel and one king will be a king for them all (Yechezkel 37:19,22)." 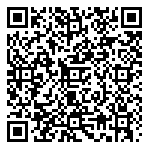