The Heart of a King is in the Hand of Hashem

In our parsha, Yaakov delivers his final message to his sons, the tribes of Israel. In addition to blessing them, Yaakov also rebukes them where he sees it necessary. As such, it seems surprising that Yaakov Avinu does not relate to the sale of Yosef! (According to Rashi there is a hint to the sale in Yaakov's words to Shimon and Levi and in his words to Yehuda, but many of the "pshat" commentators to not explain this way.)

One way of resolving this difficulty is the opinion of the Ramban, that Yaakov never found out about the sale. He writes (Bereishit 45:7):

It would seem to me, according to the simple understanding, that Yaakov was never told his entire life that the brothers sold Yosef. Rather, he thought that he was wandering in the field, and whoever found him took him and sold him to Egypt, since the brothers did not to tell him their sin ... and Yosef, with his good ethics, did not want to tell him.

In contrast, Abarbanel (in the beginning of Parshat Vayigash) understands that Yaakov did, indeed, find out about the sale. Why did he not rebuke them? Abarbanel answers that Yaakov Avinu understood that the brothers' free choice was revoked about the sale, and they were forced to it by Heaven. In order to bring Bnei Yisrael down to Egypt, G-d "decreed" upon the brothers to sell Yosef, as perhaps can be inferred from the pasuk, "It was not you who sent me here, but G-d." (45:8) Because of this they did not deserve punishment or rebuke for this act.

It is important to note that the Abarbanel does not mean to cast doubt about the principle of "free choice." Certainly he would agree that free choice is a major principle, that a person does whatever he wants, as the Rambam writes (Hil. Teshuva ch. 3). However, the Rambam is talking about the general rule, but there are also exceptions, as the Rambam himself writes that sometimes a person's free choice is revoked as a punishment. Along the same lines, Abarbanel understands that sometimes, for the purpose of guiding the course of history, G-d revokes the free choice of man. The basis in Tanach for this phenomenon is the pasuk in Mishlei (21:1), "Like streams of water is the heart of a king in the hand of Hashem, wherever He wishes, so He directs it." The Yalkut Shimoni comments on this pasuk:

R. Yishmael expounds this pasuk: Just as water, when put in a vessel, can be tilted to any side that you wish, so too, when a person rises to greatness, his heart is given in the hand of Hashem. If the world merits -- G-d tilts the kings heart to good, and if the world does not merit -- He tilts it to harsh decrees.

We should point out, that in contrast to the Abarbanel, R. Saadya Gaon (Emunot V'Deot 4) emphasizes that the pasuk in Mishlei should not be understood to mean that sometimes the king's free will is revoked (as in the Midrash above), but rather the pasuk should be interpreted otherwise. Similarly, Abarbanel quotes that the Rambam (end of the second part of the Moreh Nevuchim) understood that the sale of Yosef was done out of free will.

Let us conclude with the words of Rabbeinu Yonah on the pasuk in Mishlei: "The goal of the hearts should be to fear G-d and not to fear the anger of a king. A person should ask mercy of Hashem and hope and raise his eyes towards Him, for He tilts the heart to wherever he wants." In the end, what determines the course of history is neither the political platform of this party or another, nor the members of the government themselves, but rather, "The heart of a king is in the hand of Hashem." 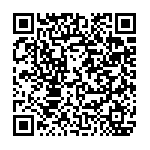