Yaakov went on his way, and the angels of G-d encountered him. Yaakov said when he saw them, "This is a G-dly camp!" So he called the name of that place Machanaim (=two camps).

Yaakov sent angels ahead of him to Esav his brother to the land of Seir, the field of Edom.

Midrash Rabbah comments on this:

What does this Midrash mean?

The Gemara (Shabbat 146a) mentions that the forefathers corrected Adam's sin. Nefesh Hachaim (I:6) explains that after Adam's sin, good and bad were mixed together, and the evil forces are found within the person himself. Yaakov Avinu achieved the level of Adam before his sin, whose evil inclination was only external, as the Gemara says: "The beauty of Yaakov Avinu was similar to the beauty of Adam Harishon." (Bava Metzia 84a)

This also explains the verse: "Yaakov said to Lavan: Give me my wife, for my years are completed, and let me have relations with her." (29:21) Rashi comments: "Even a crass person doe not talk like this. Rather, in order to produce progeny [Yaakov] said so." R. Tzadok of Lublin explains that since Yaakov Avinu was like Adam Harishon before the sin, he did not know at all physical pleasure, because evil was not within him, and therefore he felt no shame.

The Meshech Chochma asks why the verse, "I acquired oxen and donkeys, sheep, slaves and maidservants" (32:6) does not mention camels, which are mentioned later on? He explains:

"G-d made man straightforward, but they sought many calculations." (Kohelet 7:29) The initial intention of Creation was that man should always turn in the direction of good, but the evil inclination sways him. However, when the snake came upon Chava and infected her, the good and the bad became mixed within her ... This is what [Yaakov] sent [to Esav], "I lived (garti) with Lavan" and observed the 613 (taryag) mitzvot. "I acquired oxen and donkeys" - because the good and the bad were separate [the ox is kosher, whereas the donkey has neither split hooves nor chews its cud], unlike the camel [that only chews its cud]. Thus, Chazal comment in the Midrash regarding Rivka, "She rode on the camel" - just as a camel has one unkosher feature, Esav issued from her, and Esav is a wild pig, where the unkosher and kosher features are mixed [only its hooves are split], that he honored his father.

We learn from the words of the Meshech Chochma the nature of Yaakov, that he separated the good from the bad, and rose to the level of Adam Harishon before the sin, whom G-d created straightforward.

Yaakov's struggle can be explained based on the above, as Yaakov pledged: "If G-d will be with me ... and I will return safely to my father's house - Hashem will be my Elokim." (28:20) Sforno explains: I accept upon myself from now on that the compassionate Hashem will be my Elokim, and will deal with me with the attribute of justice."

This measure of the attribute of justice is the measure of Adam before his sin, "G-d made man straightforward" - before the sin. Yaakov's pledge, "I will return in peace," Rashi explains: "Wholesome from [the taint of] sin, that I will not learn from the ways of Lavan."

Therefore, now that Yaakov was returning from Lavan's house he sends a message to Esav, I fulfilled my pledge, because I am now wholesome in the trait of honesty, and ready to accept the attribute of justice. Esav's angel then came, "A person struggled (vayei'avek) with him," Rashi explains - vayei'avek means to become intertwined. In other words, he wanted to introduce evil into him, once again, that the good and the bad should be bound together, and thereby cast him down from the trait of straightforwardness. But Yaakov Avinu withstood the trial, and overcame him. Therefore, the angel said to him: "Your name should no longer be said Yaakov, but rather Yisrael." I.e., yashar- E-l - you are straightforward with G-d.

This means that physically Yaakov was like Adam before the sin, as Chazal say: "Yaakov Avinu never died." (Ta'anit 5b) I.e., his body became spiritual and he did not die.

With his Torah intact - as the Gemara says: Had the first Tablets not been broken, Torah would not have been forgotten from Israel. This is the level of Adam before the sin.

With his wealth intact, as it says: "Yaakov remained by himself" (32:25) - R. Elazar said that he stayed behind for little earthen vessels. This is because the righteous view their wholesomeness in serving G-d also with their wealth, and this is the level of yashar (straightforwardness).

Let us now return to the Midrash that we opened with, and explain it based on the principle of R. Tzadok in Pri Tazadik:

How did Yaakov's naming the place Machanayim make the angels 1,200,000? Since Yaakov Avinu reached the level of Adam before the sin, he separated between the good and the bad. Therefore, he separated the camp of 600,000, which was mixed with good and bad, into two camps; the bad by itself and the good by itself. This is based on his words, "I acquired oxen and donkeys," as explained by the Meshech Chochma above.

We will conclude with the words of Chazal, "Yaakov Avinu did not die - just as his descendents are alive, so, too, he is alive. We, also, the descendents of Yaakov, are commanded to continue in his way and to separate between the good and the bad; to uphold wholesomeness in service of Hashem, fullness in Torah and this is the straight path that a person should choose, one that brings pride for those who do it. This is the trait of tiferet of Yaakov and his generations after him. Amen! 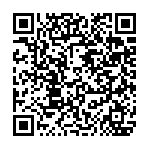