Lech Lecha- To Where?

The long journey of Avraham, the father of our nation, begins with the command, “Go for yourself, from your land, from your birthplace, and from the house of your father.” HaKadosh Baruch Hu’s command to leave behind everything which a person holds dear is accompanied by blessings and promises for the future. We can enumerate seven blessings here: 1) I will make you into a great nation 2) I will bless you 3) I will make your name great 4) You will be a blessing 5) I will bless those who bless you 6) I will curse those who curse you 7) All the nations of the land will be blessed through you.

These blessings were to be realized when Avraham arrived at the land that Hashem would show him. The Torah conceals how Hashem would reveal the land to Avraham, as well as what the nature of that revelation would be. We may suggest that when Hashem said to Avraham in Elon Moreh “To your descendants I will give this land,” this was a fulfillment of the statement “to the land that I will show you” (see Radak there). However, Avraham did not see anything at that time. He merely heard Hashem’s words through prophecy and experienced a fire descending from heaven to consume his sacrifice.

It seems, therefore, that the revelation of the land occurred at the time that Lot parted from Avraham and Hashem again revealed Himself.

“And Hashem said to Avram after Lot parted from him, raise, now, your eyes and gaze, from the place where you are, northward, southward, eastward and westward. For the entire land that you see, I will give it to you and to your descendants forever.”

Avraham sees the entire land. We understand that this was a prophetic vision, for only through prophecy can one visualize the entire land at once.            This vision constituted the actualization of Hashem’s words, “to the land that I will show you.” From that moment onward, all the subsequent promises that Hashem made to Avraham were realized. When Avraham was victorious against the four kings, the camp of Avraham became a “great nation.” For if Avraham had not returned the myriads he saved from Kedarlaomer and his colleagues to the king of Sodom, they could have come under his wing and learned from his ways. (We learn this from the words of Rabbi Yochanan in Masechet Nedarim 32a – Why was Avraham Avinu punished and his sons subjugated in Egypt for 210 years? Because he distanced people from entering under the wing of the Divine Presence, as it says, “Give me the people and the possessions take for yourself”).

The second blessing, “and I will bless you” also came to be during that episode. Hashem blessed Avraham with an abundance of possessions, as the king of Sodom said, “…and the possessions take for yourself.” Avraham’s “great name” as a brave-hearted warrior also became well known. This is the essence of one’s reputation, as it says, “And now, so say to My servant, David: Thus says Hashem, Master of Legions, I have taken you from the pasture, from behind the flock, to be a ruler over my people, Israel. I have been with you wherever you went, and I have cut down all of your enemies from before you, and I have made you a great name like that of the greatest men of the land.”  (Shmuel II 7:7-8)

In the wake of that victory, Avraham was blessed by Malki Tzedek king of Shalem, thus fulfilling “and you will be a blessing,” meaning that people would bless him (see Shadal there). “Those who bless you will be blessed” was likewise fulfilled through Malki Tzedek himself. And “those who curse you will be cursed” came to be through the king of Sodom, who suspected Avraham of going to war for monetary gain alone. Finally, the newfound relief of the inhabitants of the region, now free from the reign of Kedarlamoer, was attributed to Avraham. This fulfilled the final blessing, “all of the families of the land will be blessed through you.” As Onkelos interprets, “all of the children of the land will be blessed on account of you.”

We still do not know from where, geographically, Avraham saw the entire land. We may suggest that “the place that you are,” from where Avraham prophetically saw, was Har HaMoriah, the future location of the Beit HaMikdash. This is supported by the fact that after the war against the four kings, Avraham arrived at the territory of Malki Tzedek, king of Shalem, that is, Yerushalayim (Onkelos and Midrashim). Avraham, thus, returned to the place from which Hakadosh Baruch Hu showed him the land that would be given to him.  At this very location, Avraham wished to thank Hashem for fulfilling His promise and for conquering the land.

There is surely no place more worthy from which to “see” the land than Yerushalayim and Har Hamoriah. It is possible that this was hinted to Avraham subsequently – when the command “lech lecha” (the last occurrence of these words in the Torah) is stated in the context of Akedat Yitzchak.

“And He said, take your son, your only one, whom you love, Isaac, and ‘lech lecha’ to the land of Moriah and bring him up as an offering upon one of the mountains which I will tell you” (Bereishit 22:2).

Again the words “lech lecha” are said to Avraham, and again there is no explication of where, exactly, he would arrive. The words of Hashem, again, brought him to that very place. Perhaps this is the meaning of the name “the land of Moriah,” as in the statement of Rabbi Yehuda bar Padiya (Pesikta Rabati 40). “Why is the land called Moriah? He (Avraham) asked Him, which land is it? He answered, the land that I will ‘mar’eh,’ show you.” Avraham was commanded to travel to the land that was shown to him. This journey reached its completion upon his arrival at the house of Hashem, the place that imbues the entire land with its true significance.

An allusion to the idea that what Avraham saw was indeed the entire land of Israel – the word “ar’eka,” “I will show you,” when written out its complete form, has the numerical value 832, exactly that of “Eretz Yisrael.” 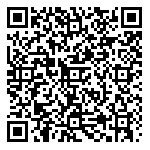