The sale of Yosef by his brothers must be explained as reflecting a deep-rooted ideological dispute between them. Yosef's brothers felt that his spiritual approach was liable to devastate the formation of the entire Am Yisrael, and the only way to prevent this catastrophe was by distancing Yosef from the House of Israel.

The destiny of Am Yisrael is not only its own spiritual perfection, but also rather its role as "ohr lagoyim," a light to the nations. "Nations will walk by your light, and kings by the brilliance of your shine." (Yeshaya 60:3) The brothers felt that this influence would come about passively. We will brighten and raise our spirit, and thereby the entire world will be illuminated. Attempting to enlighten the surrounding world through greater involvement constitutes a great danger. Although at the outset this attempt seems more effective, later on, "Ephraim (Yosef) will be intermingled with the nations." (Hoshea 7:8). This attempt will lead to spiritual destruction and assimilation. Rather, as Bilam declared about Am Yisrael, "Behold! It is a nation that will dwell in solitude." (Bamidbar 23:9)

The Hellenization that affected our nation in the generation of the Chashmonaim seems to have stemmed from an attempt to enlighten the "wisdom of Greece" with the light of Torah. People thought, through being equal in the external trappings we will be able to have a greater impact on the spiritual content. Let us dress like them, let us develop the body -- all for the purpose of instilling in the Hellenistic world a spiritual content of "Ohr Hashem - G-d's light." This approach led to Hellenization that captured a large part of our nation.

Yosef, in fact, held by this approach. "He was a youth -- He acted childish, dressing his hair and touching up his eyes so that he would appear good-looking." (Rashi, Bereishit 37:2) He maintained that our destiny, the destiny of Am Yisrael - to illuminate the entire world with the light of Hashem - will not be achieved through isolationism even in external matters. But, surprisingly, the danger that the brothers were concerned about did not transpire with Yosef. Just the opposite: "How great! My son Yosef still lives!" (Bereishit 45:28) "How great is the power of my son, Yosef, that he underwent many troubles, and he still upholds his righteousness." (Bereishit Rabbah 94:4) Not only did he preserve his own soul, but also he elevated the entire Egyptian nation. "He saw them immersed in immorality, arose and hedged them from incest." (Shir Hashirim Rabbah) Why was this? Because Yaakov educated Yosef with such a sturdy spiritual training that all the winds in the world cannot shake it. "Everything that he learned in the Beit Midrash of Shem and Ever he transmitted to him." The very same learning that Yaakov acquired when he left his father's house before heading to Lavan -- that very same learning that strengthens a person to stand before the danger of assimilation - that he taught to Yosef.

The danger that the brothers were concerned about is a real danger, but for someone whose spiritual construction and training is as sturdy as Yosef's - it does not exist.

When the Sages of Israel came to establish a remembrance for the miracle of Chanukah, they also defined the danger of Hellenization through the manner of lighting. "One lights it on the entrance of his house, outside." (Shabbat 21b) While our great destiny is to illuminate the public domain, one has to know that the public domain is lit only through the bright light that is in the internal house of each and every one. Moreover, "At a time of danger" - at a time that there exists a real danger of Hellenization, "one lights it on his table, and that is sufficient" - one illuminates the inner home only, and not the public domain.

This dispute between Yosef and his brothers takes place in our own generation, as well, between different circles. Again, we find that it is the brothers who condemn Yosef, and not the opposite, "Until the day breathes and the shadows flee." (Shir Hashirim 4:6) The approach of the Torah is that only when "Upon you Hashem will shine, and His glory will be seen over you," only then will it be possible to turn with this light to illuminate the public domain -- "Nations will walk by your light, and kings by the brilliance of your shine." (Yeshaya 60:2-3)

(Based on a combination of the words of Maran Rosh Hayeshiva zt"l in Asufat Maarachot and Rav Kook zt"l.) 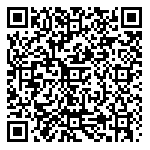