Teshuva and the Redemption of the Soul

A. The Gemara in Masechet Yoma (86b) teaches:

B. The Gemara in Rosh Hashana (16a) teaches: "R. Yitzchak says ... Why is [the shofar] blown when sitting, and blown [again] when standing? In order to confound the Satan." Tosfot quotes, in the name of Aruch, from the Yerushalmi: "It says, '[G-d] will eliminate death forever,' and it says, 'On that day a great shofar will be blown.' When [the Satan] hears the sound of the shofar one time he will be a somewhat scared. When he will hear it a second time he says: Certainly this is the shofar of, 'A great shofar will be blown,' and the time has come to be eliminated. He gets confounded and doesn't have time to prosecute." Doesn't he know that this is practice of Israel, so why does he get confounded?

Even though blowing shofar on Rosh Hashana is a Divine decree, it has an allusion. I.e., the sleeping – awaken from your sleep, and the slumbering – awaken from your slumber. Search your ways and repent, and remember your Creator. These are those who forget the truth in the vanity of the temporal, and squander all their years in vanity and nothingness that does not help or save. Look to your souls and improve your ways, and let each one of you leave his evil path and his thought that is not good.

At first glance the Rambam's reason is a new one, and it is not the reason given by the Yerushalmi, to confound the Satan. However, the truth is that they are the same, and it all amounts to one reason. So long as a person is subjugated to his yetzer, he is like someone who is sleeping, who doesn't take to heart the true path. This is, in fact, the yetzer hara's way of taking control over man – to put him to sleep, and to make him forget what is required of him in the service of Hashem. This is the notion of sleep, that the body exists without the soul and the mind to direct him and lead his life.

R. Eliezer says: If Israel repent they will be redeemed, as it says, "Return, O wayward sons, and I will heal your waywardness." (Yirmiya 3:22)R. Yehoshua said to him: But it already says, "For naught you were sold, and without money will you be redeemed" (Yeshaya 52:3) – without teshuva and good deeds. 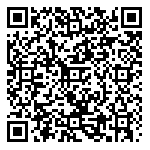