The Two Rebukes and their Meaning

The rebuke in our parsha concludes with a summation pasuk, “These are the words of the covenant that Hashem commanded Moshe to seal with Bnei Yisrael in Arvot Moav, besides the covenant that He sealed with them at Chorev.” (Devarim 28:69) In other words, this rebuke that was said in Arvot Moav, on the eve of their entrance to Eretz Yisrael, is an addition to the rebuke that is in Parshat Bechukotai, which was said at Chorev. What is the need for two rebukes whose content is similar, that if we will not obey G-d we will be punished with many afflictions?

The Ramban in Parshat Bechukotai (Vayikra 26:16) explains that the rebuke in that parsha relates to the punishments that were in the destruction of the First Temple, whereas the rebuke in our parsha relates to the punishments of the Second Temple. He proves this from the fact that many of the troubles that are mentioned in Bechukotai were, in fact, fulfilled in the destruction of the first Temple, whereas those that are mentioned in our parsha were fulfilled in the destruction of the Second Temple. (See the comments of the Abarbanel and the Kli Chemda on this in our parsha.) In the course of his fascinating explanation the Ramban addresses that fact that in Parshat Bechukotai the Torah does not link the conclusion of the curses and the redemption of Israel to Teshuva, but rather to the remembrance of the merit of the patriarchs: “I will remember My covenant with Yaakov and also My covenant with Yitzchak, and also My covenant with Avraham I will remember, and I will remember the Land.” (Vayikra 26:42) Indeed, the exile to Bavel was limited from its beginning to seventy years. Nor do not find that the people repented there. In fact, they disregarded the Torah, intermarried, and violated Shabbat, as we find in Ezra-Nehemiah. Despite this they were redeemed; they returned to Israel, settled there, and rebuilt the Temple, as promised in Parshat Bechukotai.

On the other hand, the conclusion of the curses in our parsha and the redemption of Israel are dependent upon their repentance, as explained in next week’s parsha (Devarim 30:1-5):

Therefore, we do not find that the redemption is at all time-bound, as the Ramban writes there, “No end or fixed time is hinted to [in Parshat Ki Tavo], nor did He promise redemption, just made it dependent on Teshuva.”

Perhaps we can elucidate the Ramban’s explanation in the following manner.

Just as there are two rebukes, so, too, there are two covenants about the observance of the Torah – the one at Har Sinai and the one in Arvot Moav (found in Parshat Nitzavim). The commentators explain that the covenant at Chorev was about the observance of the Torah as individuals; the commitment of each and every Jew to uphold the Torah in a personal manner. In contrast, the covenant in Arvot Moav was the covenant of the nation as a whole to observe the Torah. This is a covenant between the Jewish nation and G-d, and therefore it was done just before entering Eretz Yisrael, since we are considered a nation only in Eretz Yisrael: “We maintain, there is no concept of ‘uchlusa’ (gathering of multitudes) in Bavel” (Brachot 58a), and the special heifer sin-offering for the community (par he’elem davar shel tzibbur) is not for congregations living outside of Israel. (See the beginning of Masechet Horayot). Indeed, we find that only the mekoshesh himself was punished for his sin in the desert, whereas all of Bnei Yisrael were held accountable for the sin of Achan after entering Israel: “Israel has sinned; they have also violated My Covenant that I commanded them; they have also taken from the consecrated property.” (Yehoshua 7:11) After entering Israel, the national covenant of Arvot Moav, which ties them all together as one body, takes force.

We can now suggest that the rebuke in Parshat Bechukotai comes on account of the violation of the personal covenant, whereas the rebuke in our parsha comes on account of the violation of the national covenant. Indeed, in the end of the Second Temple, national unity disintegrated -- various groups and sects were formed that fought one another and there was much tattling and baseless hatred between them -- even though on a personal level they may all have served G-d, as Chazal say, “In the Second Temple, that they all were involved in Torah, mitzvot and ‘acts of kindness’ – why was it destroyed? Because of the baseless hatred that was between them.” (Yoma 9b) Therefore, we required two covenants and two rebukes; the second one more severe than the first.

Thus, it is possible that the Teshuva that concludes the rebuke in our parsha is not our personal, individual repentance in our service of G-d, but rather national repentance. The beginning of this repentance is the formation of national unity and Jewish brotherhood, and a broad perspective on everything that occurs, especially in our Holy Land. Anyone who says, “I saved my own life,” goes against the goal of the covenant of Arvot Moav and pushes off our ultimate redemption.

It is further possible that the devotion to communal issues in the generation of our national revival, expressed through the devotion to ingathering the exiles from all corners of the world in the last generation, is the beginning of the repentance from the sins of the Second Temple, and that is what opened the window for the beginning of the redemption. Through strengthening and developing Jewish brotherhood, and through sacrifice and devotion to the good of the community, both material and spiritual, we will merit the complete redemption that follows repentance: “Hashem, your G-d, will circumcise your heart and the heart of your offspring.” (Devarim 30:6). Amen, may it be so speedily in our days.

(In memory of my father, R. Shimon b. Simcha z”l, whose yahrzeit is this week.) 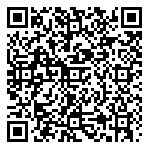