For you are crossing the Jordan [River] to come and possess the Land that Hashem, your G-d, gives you; you shall possess it and you shall settle in it. (Devarim 11:31)

Why does the Torah emphasize the crossing of the Jordan River before entering the Land of Israel? The pasuk is dealing with capturing the Land; why is this dependent on crossing the Jordan?

Rashi writes: "The miracles of the Jordan will be a sign in your hands that you will come and possess the Land." The question is: Why did they need the miracle of the Jordan to prove to them that they will possess the Land of Israel? Were there not enough other great miracles, from which there was proof about capturing the Land?

It says in the Midrash:

"Listen, Israel, you are crossing the Jordan this day" (Devarim 9:1) ... The Sages say: Come and see; all of the miracles that G-d did for Israel – He did only over water.

Moshe said to them: Know that all the miracles that G-d did for you He did only over water. Also at the time that you will cross the Jordan to inherit the Land, He is destined to do for you miracles with the waters of the Jordan.

What is the significance of the fact that all of the miracles of the redemption from Egypt until entering Israel were specifically with water?

At the splitting of the Red Sea, it says, "The waters split." (Shemot 14:21) The Mechilta teaches (Parshat Beshalach):

Thus, the miracle of the splitting of the Red Sea was not only on the Sea. Rather, all the waters of the world split, even water in a cup that a person held – the water split in it.

Why was all this necessary? After all, the splitting of the Red Sea was so that Am Yisrael could pass through the sea and to drown the Egyptians in it. What does this miracle have to do with splitting all the waters in the world?

The splitting of the Red Sea came, in essence, to elevate Am Yisrael from its material level to the level of belief, "They believed in Hashem and Moshe, His servant." (Shemot 14:31) G-d did this by lowering all of the material aspect of Creation, and thereby He elevated all of the Creation to a great spiritual level. He did this by breaking all the material aspect, which was expressed by splitting all the waters in the world. The splitting of the Red Sea was a part of that breaking of material, but this breaking was expressed throughout all of Creation. Therefore, "all the waters in the world were split" – even a cup in a person's hand.

This explains why all the miracles of the Exodus were over the water. Each and every miracle elevated Am Israel to a higher spiritual level until they reached the entrance to Israel. There occurred the miracle of the Jordan, which was also over water, which represents elevation from the yoke of the material aspect.

In the future, as well, the miracle of the Redemption will be over water, as it says: "A spring will go out from the House of Hashem and water the Valley of Shittim." (Yoel 4:18) – a spring will go out from the Holy of Holies. (Some see the fulfillment of this in the water oozing from the Western Wall in our days.) May this be a sign of the complete Redemption, which should come speedily in our days, Amen. 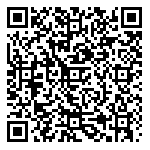