Haftarah:"Everyone who is Thirsty, Go to the Water"

Haftarah:"Everyone who is Thirsty, Go to the Water"

Precious stones our mentioned repeatedly in our Haftarah: gems, sapphires, ruby and carbuncle stones are the rare raw materials of which Zion will be constructed – floor, foundations and gates. (Yeshaya 54:11-12) Beyond these particular details, the prophet continues: "Your entire boundary of precious stones." Radak comments:

While the prophet kept his words short, the Rabbis expounded at length in the Midrash. Yalkut Shimoni brings stories about the wondrous and miraculous qualities of the future stones of Zion. We will just quote the closing passage (vol. II, #278):[1]

"Your entire boundary of precious stones" – R. Binyamin said: In the future, the boundaries of Jerusalem will be filled with precious stones and gems, and all of Am Yisrael will come and take what they want of them ... In the future, when a man will be in debt to his friend, he will say to him: "Let us go to the Mashiach in Jerusalem for judgment'. When they arrive at the boundaries of Jerusalem they find it filled with precious stones and gems. He (the borrower) takes two of them and says: "Do I owe you more then this?" He [the lender] replies to him, "Not even this much. You are exempt; you are foregoed." This is what it says, "Who makes your borders peaceful." (Tehillim 147:14)

However, towards the end of the Haftarah we encounter another metaphor that describes the cheapest of products, which is bought without money – water. "Ho, everyone who is thirsty, go to the water, even one with no money, go, buy and eat; go and buy wine and milk without money and without price." (55:1) Following the teaching: "Water is none other but the Torah" (Bava Kama 17a), most commentators address the nimshal, the Torah, while very few refer to the metaphor itself – the water. It seems that it was obvious to the commentators that whoever heard the prophets words in the past, or who studied them, is currently studying, or will study them sometime in the future – understands water's vitality to life. "It is impossible for a person to live a moment without them." (Malbim) We will "taste" three tiny drops of water, and will apply their taste also to the corresponding Torah.

1.      The prophet emphasizes that water is given to anyone for free, without charge. This is directly opposed to the beginning of our Haftarah, which refers to coveted stones, precious stones to glorify Zion. We note the difference between the evaluation standards of Chazal and those of economics. Chazal compare the Torah to water because water is necessary for life. Hashem created water in great quantities and availability because water is so necessary for life, but specifically due to this reason water is relatively "cheap" economically. Gold and silver are luxuries, therefore Hashem created them in limited amounts, but it is for this reason that they are relatively "expensive" economically. What is really "valuable" and "important" in life is cheap by market standards, whereas what is neither necessary nor important is economically "expensive." "The Torah of your mouth is better for me than thousands in gold and silver." (Tehillim 119:72) To the masses this sounds odd, but to us it is clear what is really "valuable" and what is really "cheap" in life.

2.      Water is not only the basis for the world's existence but also the source of the creation of the world. The great world was created out of water: "The Divine Presence hovered upon the surface of the waters," and through the water the Creation began. Also, man, "a world in microcosm" – is born from the amniotic fluid into this world. This is the reason why immersion in the mikveh is viewed as a rebirth, which releases us from the previous impurities that bind us. Impurity hints of death and the mikveh waters are the waters of life.[2] The Torah purifies and returns a person to his source, to his beginning.[3] "Bring us back, our Father, to your Torah," is a blessing that binds together a person's thanks to Hashem for the Torah and for Teshuva.

Therefore, "Moshe received the Torah from Sinai," because, "Now, the man Moshe was exceedingly humble, more than any person on the face of the earth." (Bamidbar 12:3)

The prophet calls out: "Everyone who is thirsty, go to the water." Today, we know that we have to drink water even when we don't feel thirsty, because water is the source of life. Mahari Kra comments: "The prophet declares and says, Woe to the people for the shame of the Torah. Go to the Torah that was compared to water!" Radak writes: "Just like it is impossible for the world to exist without water, so too it is impossible without wisdom. The way a thirsty man craves water is also the way the wise soul craves Torah and wisdom, like it says in the prophecy of Amos: "Not a hunger for bread nor a thirst for water, but to hear the words of Hashem." (Amos 8:11) Drink well!

[1] We translated the Aramaic section of the Midrash into Hebrew.

[3] See Nefesh Hachaim, part 4, chapters 31 and onwards. R. Chaim explains there in detail the importance of Teshuva through Torah study. 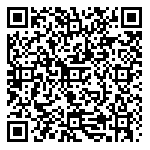