Haftorah: "Blessed is the Man who Trusts in Hashem"

It is possible to explain the apparent repetition in v. 7 in another way. It is likely that the phrases "who trusts in Hashem" and "Hashem is his security" express two different levels of the trait of trust. In order to understand this, we will cite from the work of the Chazon Ish, "Emunah Uvitachon," in the beginning of ch.2:

An ancient mistake has become entrenched in the minds of many regarding the concept of bitachon (trust). The word bitachon, which connotes a highly praised and critical trait in the mouths of the righteous, has been turned to mean that a person must believe -- in every circumstance that a person encounters, where his future standing is uncertain, and there are two paths in the future, one good and not the other -- that certainly the good one will be, whereas if he doubts and is concerned about the opposite of the good he lacks bitachon. This usage of bitachon is not correct, for so long as the fate of the future has not been clarified through prophecy, the future is not decided, for who knows G-d's judgments and his reckoning. Rather, the notion of bitachon is the belief that nothing in the world is by chance, and that everything that transpires in the world is all based on His decree...

When a person encounters a situation that normally poses danger to him, it is natural to be afraid of the world's nature, and his spirit's strength will weaken from remembering that chance is not our master, and there is nothing preventing G-d from saving him and from preparing causes that will change all the results. Restraint at this difficult hour, and internalizing the known truth that chance cannot harm him in any way, but rather everything is from G-d, whether for good or otherwise, so that his deep-rooted belief dissipates his fear and gives him courage to believe in the possibility of being saved, and that there is no more likelihood for bad than for good -- this idea is called the trait of bitachon.

Part of the trait of bitachon is to confirm his belief even when thinking about suffering, and to be aware that it is not chance that harmed him, as there is no such thing as chance, but rather everything is from Him, as Chazal say about Lulianus and Papus (Ta'anit 18b), "We are deserving of death to G-d ... and if you do not kill us, G-d has many executioners and many bears and lions in his world..." All this is included in the trait of bitachon.

The means of deliverance that people normally attempt are also different in the one who trusts, because instead of running after noblemen and officers, and seeking useless schemes, one who trusts will examine his actions and turn his heart towards Teshuva, prayer and charity to turn away the evil of the decree.

This idea also emerges indirectly from the words of the Ramban in his work, "Emunah Uvitachon," ch.1 (Writings of the Ramban, v. II, pp. 353-4):

Not every believer is confident, because sometimes his is afraid lest sin cause [him not to be saved] or lest he has already received [reward] for his good deeds ... This is not a lack of belief ... since he believes that the ability is in His hands [to do a miracle for him], but since he knows that G-d does not show favoritism ... therefore he is afraid that perhaps the sin will cause that he will not be saved from his trouble.

Based on this, it is possible to say that the phrase, "Blessed is the person who trusts in Hashem" alludes to the first level of trust, that one does not give up hope even when danger is imminent because he believes that G-d has the ability to perform a miracle to save him from death. The phrase, "Hashem will be his security" is the second level, that even when the hoped-for miracle did not occur -- the one who trusts does not rebel and become angry. He submits to the judgment and accepts the afflictions with love, out of a clear knowledge that "all the G-d does is for good," and that even G-d's rebuke is out of love -- "for Hashem admonishes the one He loves." (Mishlei 3:12) Not only the staff comforts, but also the rod -- "Your rod and your staff, they comfort me." (Tehillim 23:4)

It is also possible that there is no repetition in v. 7. In contrast to v. 5, in which the "accursed" person is described in three phrases -- "who trusts in people," "and makes flesh [and blood] his strength," "and turns his heart away from Hashem" -- in v. 7 the "blessed" person is described with a single phrase -- "who trusts in Hashem." Just as there the description of the punishment begins with the word "vehaya" (He will be), and the punishment is, " He will be like a lone tree in the desert..." so, too, here the reward begins with the word "vehaya." Thus, the phrase, "Hashem will be his security," is not the end of the description of the person who trusts, but rather is the beginning of the description of the reward [which is spelled out more in v. 8, " He will be like a tree planted near water..."]

When there is "Return to Me," there is also, "I will return to you." When there is "Open for Me an opening," there is also "I will open for you." The notion, "In the manner that a person acts, in that same way he is dealt with," also applies to the trait of trust. The blessing of the person "who trusts in Hashem" is that "Hashem will be his security," and this is the greatest blessing! 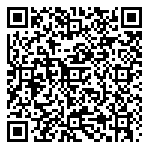