I will Abolish Injurious Animals from the Land

"I will abolish injurious animals from the land." (Vayikra 26:6) It says about this in Torat Kohanim: "R. Yehuda says: He will eradicate them from the land; R. Shimon says: He will tame them so that they will not harm." In the future, the state of animals will change in a drastic manner. According to R. Yehuda, the injurious animals will no longer exist, whereas according to R. Shimon their nature will change. What is the root of this dispute between them?

The Rogotchover Gaon links this dispute with another dispute of theirs, which also relates to the definition of the concept of "abolishment." "On the previous day you shall abolish the leaven from your homes." (Shemot 12:15) R. Yehuda and R. Shimon argue how to fulfill this mitzvah of abolishing the chametz: "R. Yehuda says: 'Bi'ur chametz is only through burning,' whereas the Sages say: 'One may also crumble it and scatter it in the wind, or cast it into the sea." (Pesachim 27b) According to R. Shimon, abolishment does not necessarily mean eradication of the physical entity, so that it is enough if the nature and form of the chametz is changed, such as by crumbling it and scattering it into the wind. R. Yehuda, on the other hand, requires total obliteration, and the only way is through burning.

This dispute parallels their dispute whether abolishing the injurious animals from the land is their complete eradication, like R. Yehuda, following his opinion that the mitzvah of bitul chametz is complete obliteration. Or, according to R. Shimon – that the annulment of the quality of the chametz is considered abolishment – here, too, the animals will continue to exist, but they will be tamed not to injure.

Some add another dispute between R. Shimon and R. Yehuda, based on their opinions above, regarding the mitzvah of Shabbat. "On the seventh day you shall desist [from work]" (Shemot 23:12). What is the nature of desisting from work on Shabbat? According to R. Yehuda, no work at all may be done, even those that one does not intend to, or that the person does not need the primary function of the melacha. R. Shimon, on the other hand, maintains that davar she'aino mitkavein (an unintended, resultant activity) and a melacha she'aina tzericha legufa (an activity not done for its primary function) is exempt, since this is not considered "melacha." It is enough to desist from the form of the melacha, and when one does not intend for the result, or does not need the primary function – this is not melacha. This parallels their opinion regarding chametz and regarding injurious animals.

The Meshech Chochma on the parsha links their dispute to another opinion of R. Shimon (b. Yochai). This is based on the sugya is Masechet Brachot (35b) on the pasuk, "You will gather your grain." (Devarim 11:14) R. Yishmael says, "Act in the usual manner," whereas R. Shimon says that if a person plows and plants and threshes, etc. – what will happen to his Torah? Rather, when Israel do G-d's will, their work is done by others (non-Jews), but when they do not do G-d's will, it says, "You (yourself) will gather your grain." According to R. Shimon's opinion, a person should be involved only in Torah, and thus his mind is always attached to Torah and its Giver. As such, based on the Rambam, "When a person's mind is always attached to G-d, nothing bad will occur to him; the bad the comes upon a person flows from the lack of his attachment to the upper realms."

Therefore, in the future, when Yisrael will cling to G-d in a constant manner, there is no concern for injury from wild animals. Therefore R. Shimon maintains that the animals will continue to exist, just that their nature will change so that they will not be able to attack people. However, R. Yehuda maintains, "Act in the usual manner" (like R. Yishmael), so that people are also involved in worldly matters. At that time their connection with G-d is not absolute, and then there is room for the evil forces to reign. Therefore, he says that in the future G-d will abolish the injurious animals completely. 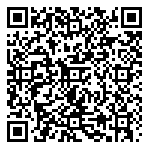