Changes in the Nature of the World

Parshat Bechukotai opens with the great bounty that Am Yisrael will receive, "If you will follow my decrees..." (Vayikra 26:3) Hashem promises that rains will arrive on time and the land will bring forth its bounty. There will be peace in the land and we will dwell in it in security.

One of the promises is: "I will cause wild beasts to withdraw from the land." (26:6) The Ramban quotes a dispute in the Torat Kohanim between R. Yehuda and R. Shimon. According to R. Yehuda, the wild beasts will no longer be in the land because the cities will be full of people, thanks to the great bounty that will be in the land then. However, R. Shimon says that Eretz Yisrael, at the time when the mitzvot are being fulfilled, will be like the way world was before Adam's sin, without deadly animals and reptiles. The Gemara in Brachot (33a) also teaches: "It is not the wild beast that kills; it is the sin that kills." It also says in Yeshaya: "A suckling will play by a viper's hole." (11:8)

The Ramban writes about this:

The prey of the wild animals was only because of Adam's sin ... When the world was created it says that Hashem gave the animals grass to eat: "To every beast of the earth, to every bird of the sky, and to everything that moves on the earth, within which there is a living soul, every green herb is for food."(Bereishit 1:30) It then says: "and it was so," because this was the nature that was placed in them forever. They only learned to prey because of [Man's] sin, which causes death.

In contrast, the Rambam writes: "One should not think that during the days of the Mashiach anything will be changed from the way the world is run, or that there will be something new added to the creation. Instead, the world will be the same as always." (Hil. Melachim 12:1) We need to ask: How can the Rambam say that the world will be the same as always, when we see the sources in Torat Kohanim that state that there will be a great change in the world?

The Lubavitcher Rebbe resolves that we need to separate between the halachic aspect of the Messianic period and the things that will happen at a later point in the period. The Rambam writes that the halachic definition of the days of the Mashiach is bringing perfection to a life of Torah and mitzvoth. (11:1) In order to achieve this perfection, it is enough that the nations of the world will no longer disrupt Am Yisrael in their role in the world, the Temple will be rebuilt, and all the Jews will gather in Israel – with no need for miracles in nature. However, there is a later period in which all the promises of the Torah and the prophets will be fulfilled literally – bare trees will give fruit, carnivores will become herbivores, etc.

May we merit, with G-d's help, to follow in Hashem's path and fulfill His mitzvot, so that Hashem's promises written in our Parsha will be fulfilled with us. 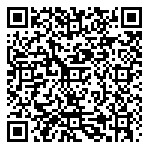