I am their Portion

This week's Haftarah, from Yechezkel, deals primarily with the special laws of the priests. Yechezkel emphasizes that the role of the priests is not limited to the sacrificial service of the Temple.[1] Their additional role is to serve as spiritual leaders – teachers, rabbis, and judges for G-d's nation. Hashem commands Aharon, "To distinguish between the sacred and the profane, and between the contaminated and the pure, and to teach Bnei Yisrael all the decrees that Hashem had spoken to them through Moshe." (Vayikra 10:10-11) Similarly, in our Haftarah: "They shall instruct My people concerning [the difference] between holy and ordinary, and they shall inform them of [the difference] between contaminated and clean. Concerning a disagreement, they shall stand in judgment, and shall adjudicate them according to My laws." (Yechezkel 44:23-24) We find in the prophecy of Malachi, as well, that the role of the priest is to teach Torah to the people: "For the lips of the kohen should safeguard knowledge, and people should seek teaching from his mouth; for he is an agent of Hashem, Master of Legions." (Malachi 2:7)

It should be stressed that the Torah itself emphasizes that the primary role of the priests, in particular, and of all of the tribe of Levi was not at all linked to the sacrificial service, but rather, "They shall teach Your ordnances to Yaakov and Your Torah to Israel." (Devarim 33:10) Even before the Mishkan was erected, this tribe already stood out, as the most spiritual and holy of all the tribes. This is explicit in the Torah itself, at the time of the sin of the golden calf, when Moshe seeks the righteous of the nation, "Moshe stood at the gateway of the camp, and said, 'Whoever is for Hashem, join me!' – and all the Levites gathered around him." (Shemot 32:26) The Gemara comments: "[We can derive] from this that the entire tribe was righteous." (Yoma 66a) The tribe was so righteous, to the point that in the Levites' love of G-d they did not hesitate to kill even "his brother (Rashi: from his mother), every man his fellow, and every man his near one." (32:27) Moshe praises them for this in his blessing, "His brothers he did not give recognition and his children he did not know; for they [the Levites] have observed Your word and Your covenant they preserved." (Devarim 33:9)

Moshe notes in his blessing to other qualities in which the spiritually of the tribe stands out: "Whom You tested at Massah – they did not complain with the other complainers" (33:8 and Rashi) "Your covenant they preserved – the covenant of milah. Those that were born in the desert, all of Israel did not circumcise their children, while they were circumcised and circumcised their children." (33:9 and Rashi)

Throughout the history of Israel, the tribe of Levi served as an example and symbol for the service of Hashem. So, too, in the prophecy of Yechezkel in our parsha: "They shall safeguard My teachings and My decrees regarding all My appointed times and they shall sanctify My Sabbaths." (44:24) Although the entire nation is commanded about the observance of Shabbat and the festivals, this holy tribe is special in transmitting the heritage of religion to the entire nation. So, too, in the prophecy of Malachi: "The teaching of truth was in his mouth ... and turned many away from iniquity." (2:6)[2] The very image of the tribe of Levi, who truly served Hashem, was a role model for the people to emulate. Indeed, on the pasuk, "for he is an agent of (malach) Hashem," the Gemara comments: "If the teacher is similar to an angel of Hashem – learn from him." (Mo'ed Katan 17a)

The priests were also held to special moral-social standards. They learned this from Aharon, who demonstrated to "Love peace, chase peace, love the beings, and [thereby] draw them close to Torah." (Avot 1:12) Malachi also emphasizes, "Injustice was not found on his lips, he walked with Me in peace and with fairness, and turned many away from iniquity." (2:6) It is possible that also in Yechezkel's prophecy in this week's Hafatarah there is an allusion to this aspect of the service of the kohen, "Concerning a disagreement, they shall stand in judgment," alludes to the fact that through doing justice the priests prevented disagreement from amongst Bnei Yisrael.

The name "Levi" itself homiletically points to peace, as it leads to: "This time my husband will accompany (yilaveh) me" (Bereishit 29:34), such that his name indicates connection and his accompanying people. It is not strange, then, that when Bnei Yisrael sinned with the golden calf, and all of the first born of Israel who were destined for the sacrificial service and the Mishkan were disqualified from their service, G-d did not find a better and more fitting that Levi to fill their place.[3] Yechezkel alludes to this in the opening pasuk of the Haftarah, "The kohanim, the Levites ... who safeguarded the charge of My Sanctuary when Bnei Yisrael strayed from Me, let them draw near to Me to serve Me; let them stand before Me to offer to Me fat ad blood." (44:15) Yechezkel prophesizes about the children of Tzadok, who will come close to the service of the Temple because they safeguarded the Temple when Bnei Yisrael strayed from Hashem. Perhaps there is also an allusion here to early days, at the time that the kohanim were chose for the service of the Temple because they did not worship the golden calf.

We pray for the day that the straying flock will return and find the true Shepherd. When all the people will observe the charge of Hashem, the service will return to being the share of the entire people through the first-born of each and every family. Then the tribe of Levi will return to its original purpose, "To distinguish between the sacred and the profane, and between the contaminated and the pure." "For the lips of the kohen should safeguard knowledge and people should seek teaching from his mouth; for he is an agent of Hashem, Master of Legions." (Malachi 2:7)

[1] Although the Haftarah begins with the sacrificial role of the priests, and most of its verses are dedicated to the service of the Temple (44:16-20), it continues to talk of their personal status (v. 22) and about their role in spiritual leadership (v. 23-24) and purity (v. 25-28), and concludes with the priestly gifts.

[2] We should understand that the end of the pasuk is a result of its beginning. Since the priests acted with peace and fairness, thereby, "[he] turned many away from iniquity" – since the personal role model and sanctification of G-d's Name created through a person's ethical behavior, are the most important motivation to prevent sin.

[3] For every firstborn of Bnei Yisrael ... became mine ... I took the Levites I nplace of every firstborn among Bnei Yisrael." (Bamidbar 8:17-18) – This teaches that before the Mishkan was erected, the service was by the firstborn. (Yerushalmi Megillah 1:11) 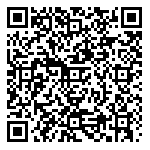